Vienna suburbs - photo, what to see

Articles about Vienna
by Alexis 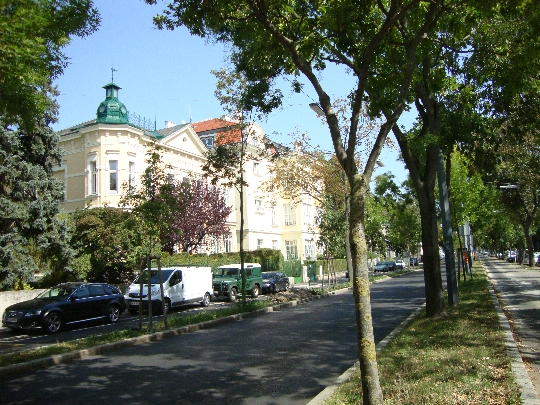 The federal capital of Austria is famous for its opera, coffee and Viennese waltz, although in reality there are no less pleasant things in it - architectural sights, parks, chocolate cake and quite modern nightclubs. In order to enjoy the splendor of old Austria, you should definitely take a walk in the suburbs of Vienna. There, aside from the tourist excitement, lies the main charm of the Austrian capital - a leisurely measured life to the sound of Tyrolean tunes.

Vienna is divided into 23 districts, the most outskirts of which, in fact, are its suburbs. Among them, the thirteenth district of Hitzing, located in the southwest of the Austrian capital, stands out. The sights of Hitzing have the status of world celebrities:

Tales from the Vienna Woods

The famous green belt of the Austrian capital, the Vienna Woods occupies more than a thousand hectares of area between the Danube and vineyards on the one hand and the spa region of Baden on the other. The forest in the suburbs of Vienna is a favorite vacation spot for its residents and numerous tourists..
The infrastructure of the nature reserve includes hotels and resort towns that have grown up near healing thermal springs.