Articles about Austria
by Alexis 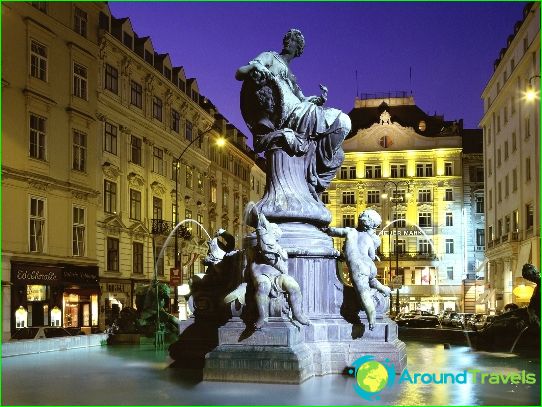 Austria was once part of the Holy Roman Empire, and therefore its cultural traditions are in many ways similar to those of other European peoples. The culture of Austria was actively influenced by the neighborhood with France, Germany and Hungary, and today it is difficult to imagine Austrian traditions or features of national development in isolation from the peoples of these countries..

The Austrian capital is famous among music lovers as the center of the musical life of Europe. Such fame was brought to her by the famous Vienna Opera - a theater in which every fan of classical music dreams of visiting at least once in his life. The theater employs over a thousand people and has an annual budget of 100 million euros..
In Salzburg, Austria, Mozart was born, with whose name the best musical traditions of Austrian culture are associated. The Vienna Philharmonic Orchestra performs his works from the stage of one of the best halls in the world, and the musicians themselves are chosen from the troupe of the famous opera house. One of the main traditions of Austria is the annual concert, which on the eve of the New Year is listened to on radio and television by more than a billion people..

Over a cup of coffee

Viennese coffee is considered one of the most famous Austrian know-hows in the world. Its creamy taste and rich aroma, combined with the signature Sachertorte cake, is a part of the culture of Austria, into which guests of the country are happy to immerse themselves. Numerous Viennese coffee houses are a favorite place for relaxation and meetings, and in one of them, according to legend, the founder of psychoanalysis Sigmund Freud created the basic principles of his famous theory.

Against the background of the Alps

The greatest mountain range of the Old World, the Alps are also part of the culture of Austria. Ski tourism is developed in the country, and athletes are waiting for hotels and mountain villages, where you can relax and admire the surrounding landscapes..
Austrian architecture fits well with the existing nature, and ancient castles and cathedrals are in perfect harmony with the mountain peaks in the background. The most interesting architectural sights are concentrated in Vienna, Salzburg and other cities of the country: