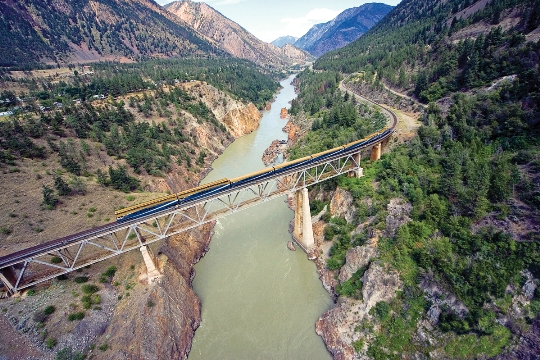 The four provinces west of Lake Ontario form one of the largest economic regions of the maple leaf country. Western Canada boasts a fresh history, the special influence of the neighboring States, an English-speaking population and a reverent attitude towards family values. The inhabitants of the region are mainly engaged in forestry and marine economy, since the natural resources are very rich here..

Cards on the table!

Western Canada is the four provinces that became part of the country from 1870 to 1905. Compared to other areas, British Columbia, Alberta, Manitoba, and Saskatchewan have a much smaller population, ranging from a million to four in each..
The westernmost part, British Columbia, looks somewhat isolated geographically - it is slightly separated from the rest of the Rocky Mountains, and therefore it has historically been the least accessible. This was the reason for the development in this part of the country of a special culture and behavior of its inhabitants..

The most interesting cities in the west of Canada for the traveler are not too long list. It includes a couple of former Olympic capitals and historical places of residence of the Cree Indians:

In the rocky mountains

One of the most visited national parks in western Canada is the Yoho Nature Reserve, a UNESCO World Heritage Site on the border of British Columbia and Alberta. Numerous lakes and waterfalls, canyons and limestone caves are the main attractions of Yoho, constantly photographed by thousands of visitors.