Home › Articles about the Caucasus › Airport in Stavropol: scheme, photo. How to get to Stavropol airport

Airport in Stavropol: scheme, photo. How to get to Stavropol airport

Articles about the Caucasus
by Audrey 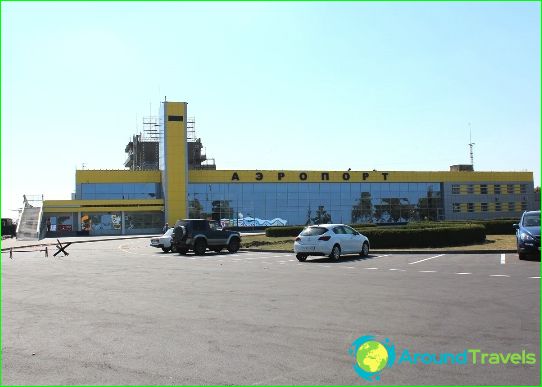 The international airport in Stavropol is located 12 kilometers from the city in the direction of its northeastern part, belongs to the first class airports and opens air routes to any country in the world for the inhabitants of the region. Its area is more than 400 hectares and provides 13 parking areas for servicing aircraft.

The runway of the airfield has a length of 2600 meters, which makes it possible to receive various types of aircraft, including heavy airliners.

The airport's capacity is more than a million people per year, excluding freight and postal traffic, which is about 2 thousand tons per year..

The airport in Stavropol (its second name is Shpakovskoye - given to him at the place of deployment in the area of ​​the village of Shpakovskoye) was built in 1963. In parallel with civilian units, units of the Russian border air force were based here.

In the early 90s of the last century, the airport connected the region with more than 60 cities of the Russian Federation and foreign countries. More than 20 flights in different directions were served per day. However, the crisis in the country hindered the development of the airline in full. And, unfortunately, today only flights to Moscow, St. Petersburg and Greece (Thessaloniki) are operated from here..

It should be noted that in recent years the airport has been developing steadily, and big changes are expected here in the near future. The terminal was reconstructed, the number of flights increased, the construction of a new hotel is planned.

A minimum set of services is provided on the territory of the Stavropol airport. There is a mother and child room, luggage storage, a comfortable waiting room, a small cafe. There is a kiosk of books and magazines and ticket offices for the sale of air tickets; free parking is provided in front of the terminal building. The city police department provides round-the-clock security of the airline.

There is a 24-hour paid car parking not far from the airport.

A minibus runs regularly from the airport car park on route 120 «Airport - Bus station number 1». From Mikhailovsk, from the bus stop «District hospital», at the request of passengers, the minibus will take you to the airport.

The most popular type of transport today is a city taxi. You can order it by phone from the aircraft while still in the air. The fare in a taxi is 400 - 500 rubles, depending on the final destination.