Coat of arms of Estonia 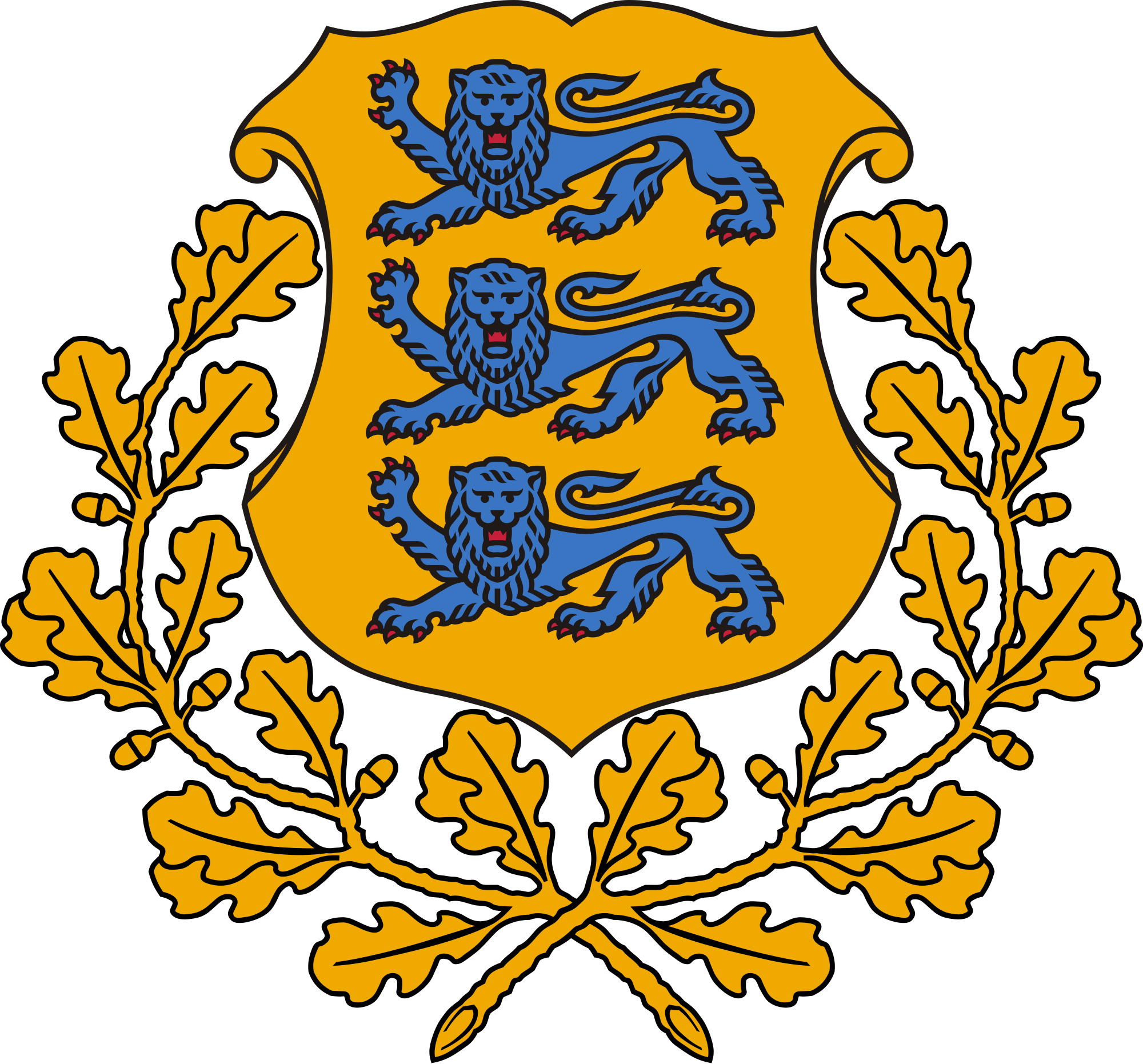 For many residents of the Soviet Union, the Baltics seemed like a piece of heavenly Western life. The countries nestled on the shores of the Baltic Sea have always been oriented towards the West and dreamed of returning to an independent life as soon as possible. The modern coat of arms of Estonia, like the official symbols of its neighbors, Latvia and Lithuania, is a vivid evidence of the choice of an independent path of development.

Large and small coats of arms

Estonia in heraldic terms somewhat stands out from most countries, since it has both large and small state symbols that are used in certain cases..

The large coat of arms of this country is beautiful and pompous. On the golden shield there are three stylized images of leopards in the best European traditions. Predatory animals are painted in azure color, shown marching west. All this splendor is surrounded by a kind of wreath of golden oak branches. The small coat of arms of Estonia is identical to the large one, but is devoid of a frame made of oak branches.

The origins of the coat of arms

The motives of the modern main symbol of the Republic of Estonia are to be found in ancient times. Back in the 13th century, Valdemar II, King of Denmark, bestowed a coat of arms depicting lions on beautiful Tallinn. From the coat of arms of the city, the lions were transferred to the official symbol of the Estland province. This image was approved by the Russian Empress Catherine II in October 1788.

The Republic of Estonia, formed at the beginning of the twentieth century, also retained a beautiful picture with deep meaning as the main symbol of the country. This was legislated by the Estonian National Assembly..

Life as part of the Soviet Union

Unfortunately, 1940 brought changes, the country, against its will, becomes part of the Soviet Union. Naturally, the supreme power could not allow the republic to have such a symbol, reminiscent of the distant history and friendly relations with bourgeois countries..

The coat of arms depicting beautiful, proud predators was banned. Instead, the symbol of the Estonian SSR appeared, which, like two drops of water, looked like the coats of arms of neighboring countries with few exceptions.

The central position was occupied by the image of a hammer and sickle against the background of the rising sun. The composition was framed with a kind of wreath of wheat ears and spruce paws. In addition, the lower part of the wreath was tied with a red ribbon on which the name of the republic and the famous phrase about the proletarians were written. Naturally, the inscription was in Estonian.

At first glance, it was clear that the symbol had no deep meaning, the symbols were taken arbitrarily and did not correspond to the true desires and aspirations of Estonians, which was confirmed by the time. As soon as the Soviet Union began to burst at the seams, Estonia again set out on an independent path, three royal leopards again took their place on the country's coat of arms..