Articles about Ethiopia
by Alyssa

Coat of arms of Ethiopia 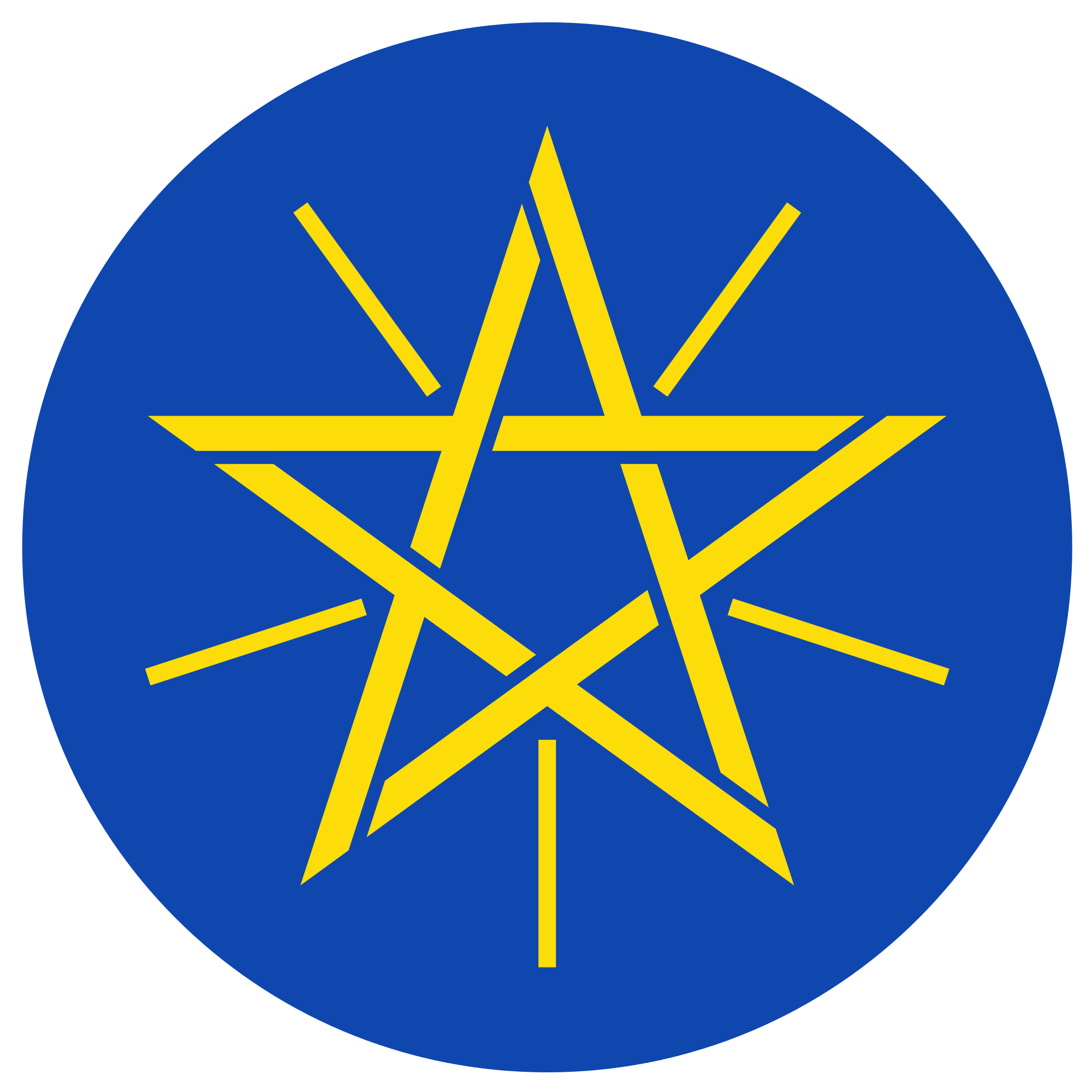 About the coat of arms of the Ethiopian Empire

The imperial coat of arms had the main symbol - a crowned golden lion. He has a gold Ethiopian crown. A lion carries an Ethiopian flag in its left paw, stands with a cruciform pommel.

The lion is at the very foot of the emperor's throne. Surrounded by archangels - Michael and Gabriel. Archangels have golden halos over their heads, all are dressed in white clothes and have white wings. Michael holds a sword that looks down, in his left hand he holds the scales raised up. Gabriel holds a golden scepter in his hand and lifts it up. The scepter has a cruciform pommel. In his left hand, this archangel holds a branch of a green palm tree..

All these figures are depicted against the background of a red robe with a gold fringe. The mantle is tied with palm branches, also green, with golden cords, tassels of the same color. All this is crowned with the Ethiopian crown.

Small coat of arms of the Ethiopian Empire

The small coat of arms of this empire had the following constituent elements:

The meaning of some symbols

The blue background of the coat of arms has a deeply symbolic meaning for the peoples of Ethiopia. It means peace. The five-pointed pentagram of golden color is a symbol of the indestructible unity of the peoples inhabiting Ethiopia.

Coat of arms of socialist Ethiopia

During the socialist period of Ethiopia's development, some changes were made to the coat of arms. It contained an image of a bird flying against the background of a golden sun. The blue disc was bordered with green branches intertwined in a wreath. The sun's rays were crowned with a five-pointed star - a common symbol for all socialist countries.

After the overthrow of the pro-communist regime, the coat of arms of Ethiopia changed: unnecessary symbols were removed from it. So the final version of the Ethiopian coat of arms was approved, which the country has been using to this day since 1996..