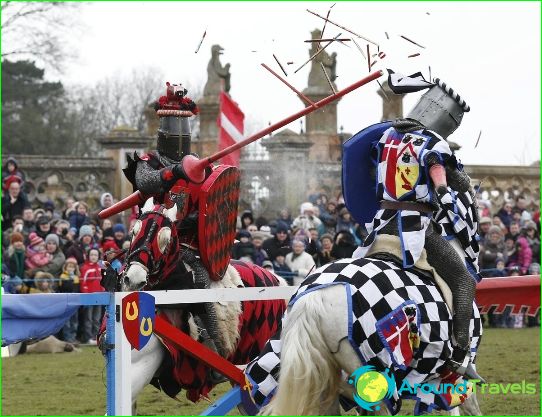 Holidays in Europe are not only diverse, but also quite surprising with their non-standard.

The venue is Barcelona. The first rally was held back in February 1959. It was supposed to entertain the residents of the city during these boring winter months. That winter, 23 rare cars drove through the city, causing a storm of delight among the audience. The following year, the events were repeated again, and the February motor rally gradually became very popular. The history of the holiday dates back more than 50 years, and the number of guests who flock to Barcelona these days is several thousand.

The rally starts at Plaza Sant Jaume, located in the Gothic Quarter. The end point is the port of Sitges. Cars move along the old road along the sea coast.

The rally was originally held during carnival weeks. But a little later, the official date was the first Sunday in March..
At first, no more than two dozen cars entered the track. Now this number is close to a hundred. Even rare models participate in the rally - real museum exhibits.

Every spring in French Amiens, an amazingly beautiful, and most importantly, sweet holiday is held - the Salon of Chocolate. The guests of the festival have the opportunity to evaluate the achievements of the masters of the confectionery art and not only visually. You are given the opportunity to taste all the delicacies, as well as try your hand at making French chocolate, sauces, cakes and biscuits.

In Lucerne (Switzerland), on the eve of Lent, the Fastnacht carnival is held, the participants of which become residents of the city disguised as monsters, ghosts and terrible monsters. Celebration starts on Fat Tuesday and ends on Ash Wednesday.

In the morning, at exactly 5 o'clock, the residents of the city are awakened by a loud drumbeat. It is he who notifies the townspeople about the beginning of the holiday. The city is having fun as it can. Music is heard everywhere, and people in disguise stroll about the streets. The carnival ends exactly at midnight.

Swimming of rubber ducks in Manchester

The holiday is held in the spring. On the last Friday before Easter, the Spiningfield area receives a huge number of guests. A unique festival is held here on this day. Anyone can purchase an inflatable duck and put it on sailing on the waters of the Irwell River. The winner will be the lucky rubber who managed to get into the correct course and was the first to cross the finish line.