Home › Articles about Europe › The most beautiful cities in Europe - photos

The most beautiful cities in Europe - photos

The most beautiful cities in Europe 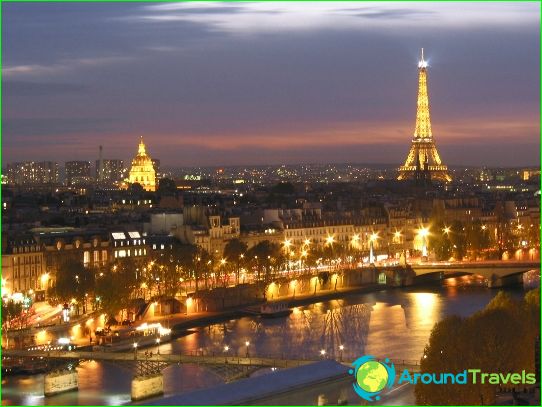 Europe is very rich in interesting and beautiful cities. It is very difficult to name the most beautiful of them, since there are a lot of them and a lot can be told about all these cities. Below we will talk about several European cities, but, of course, you should not consider them only the most beautiful in Europe..

Barcelona is rightfully considered the cultural capital of Spain - it is a kind of Spanish St. Petersburg. There are a lot of attractions here. In addition, such great people as Picasso, Salvador Dali and Antoni Gaudi were born in this city..
Of the attractions is the Rambla Boulevard. This is a famous pedestrian street, which is more than a kilometer long. The boulevard starts from Plaza Catalunya and ends at the Columbus monument. There is an interesting sign associated with this boulevard. There is a small drinking fountain in Plaza Catalunya - Canaletas. According to the omen, everyone who drinks from this fountain will definitely return to Barcelona again..

The capital of France must be included in the list of the most beautiful cities in Europe. Paris falls in love with any tourist from the first minute. The symbol of the city is the Eiffel Tower, this is the first thing that you will see when you arrive in Paris. The world-famous tower rises above the city, rising to which Paris is at your fingertips.
Also worth highlighting are such attractions as the Louvre, Arc de Triomphe, Notre Dame and Champs Elysees.

Another city that made it into our list of the most beautiful cities in Europe is London. The capital of Great Britain, like other European cities, is unique and ready to boast of its sights. Tower Bridge is the symbol of the city, and Tower Fortress has long been the historic center of London.
Of the many attractions, I would like to highlight Big Ben, hardly anyone has ever heard of the third highest clock tower at least once. The largest bell in the tower weighs 13 tons.

Another city that will be highlighted in this article is Geneva. The Swiss city is considered the capital of the world as it is the largest business center in the world. Geneva hosts the headquarters of major international organizations such as the UN, WTO and the Red Cross.
The list of the most beautiful cities in Europe can be continued for a long time, since in each country that is part of Europe dozens of wonderful cities can be distinguished, which are rich in sights and an interesting past..