Articles about Cannes
by Audrey 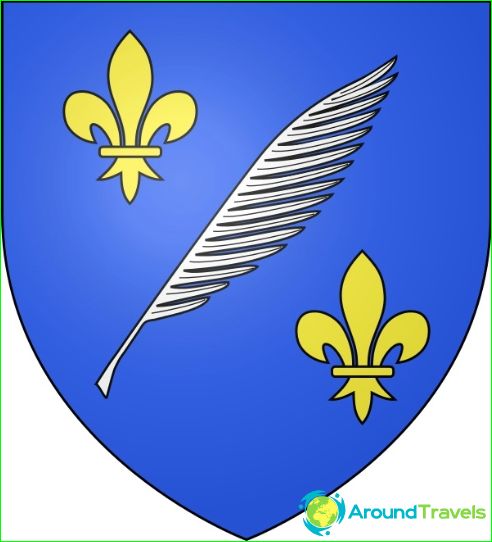 Cannes, or Cannes, is one of the most famous and popular resorts on the French Riviera. The city is located in the south of France, just 36 km from Nice and about 55 km from Monaco.

The exact date of the founding of Cannes is unknown. According to one of the versions, already in the 2nd century BC. on the site of the modern city there was a small fishing village of Aegitna, founded by the Ligurian Oxybians, the port of which was probably an important link between the mainland and the Lerins Islands, and then a Roman outpost. In 69 A.D. Egitna became the epicenter of military clashes between the troops of the current and future Roman emperors Otho and Vittelius. Historians believe that over the next centuries, the history of Egitna is somehow inextricably linked with the Lerinsky Islands, in the shadow of which it actually was, having no influence and independence as such. However, a sufficient amount of reliable information was not found to recreate this stage of Cannes history as accurately as possible..

In 891, the settlement came under the control of the Saracens, and remained under their control almost until the end of the 10th century, after which it again fell under the influence of the Lerin monks. In the first half of the 11th century, in order to ensure relative control over the region and the approaches to their shrines, the monks built a watchtower on the Suquet hill, which can still be seen in the historic center of Cannes. During this period, the city was already known under the name «Canois» and slowly grew and developed, despite constant threats of invasion from pirates, as well as a naval blockade of the coast due to conflicts between the Kingdom of Aragon and the County of Provence. From about the 14th century, the city was part of the County of Provence, although it was still ruled by the Abbot of Lerins.

By the beginning of the 16th century, the city was still formally ruled by the Lerins monks, although in fact it was already controlled by France. In 1520, a war breaks out between the French king Francis I and the Holy Roman Emperor Charles V and Cannes becomes «corridor» for marching armies. For the present «black» in the history of Cannes was 1579, when the strongest outbreak of plague destroyed most of its inhabitants.

Despite numerous claims to dominance in the region in the 17-18 centuries from Spain and Great Britain, the lands of Provence (including Cannes) remained part of France. The revolutionary unrest that shook France in the 19th century, Cannes practically did not touch.

A new page in the history of Cannes begins in 1834 with the arrival of the Lord Chancellor of Great Britain Henry Broome in the city. Finding himself in Cannes by chance, Broome was so fascinated that he decided to build a villa here. His example was followed by many representatives of the English aristocracy, who appreciated the excellent climate and picturesque natural landscapes of Cannes. Thanks to the sudden flow of a powerful investment flow, the city began to develop rapidly and soon became one of the most «fashionable» places of the Cote d'Azur, maintaining this status to this day.

Today, Cannes, with its luxury hotels, branded shops and gourmet restaurants, is an internationally renowned luxury resort, attracting hundreds of thousands of holidaymakers from all over the world every year. The city is famous for its many diverse cultural events, among which the legendary Cannes Film Festival and the International Advertising Festival undoubtedly occupy a special place «Cannes lions».