Suburbs of Marseille - photo, what to see

Articles about Marseille
by Audrey 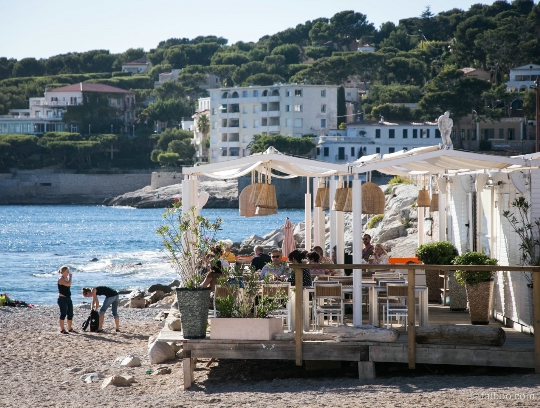 The largest port in the Mediterranean and home to the magnificent bouillabaisse soup, the cultural capital of the Old World in 2013 and a beach resort, a place of concentration of medieval sights and the largest center of resistance during the Second World War - all this is Marseille. Interesting for any tourist, this French port is ready to offer an exciting cultural program with numerous excursions, sightseeing, tasting of specialties and local wines. The suburbs of Marseille are full of quiet provincial charm and can give the hiker the real pleasure of exploring southern France.

Coastal cliffs and excellent wines are the main attractions of Cassis. This suburb of Marseille is famous for Cape Canay, which juts out into the sea in the form of a stone cliff four hundred meters high. Kanai - the highest coastal cliff in Europe.
Cassis was inhabited as early as the 5th century BC, and during the reign of Ancient Rome there was a fishing village that established strong trade links with the entire Mediterranean.
The castle in Cassis was built in the 10th century in order to protect the city from the raids of barbarians, and much later this suburb of Marseille became famous for its limestone quarries. The mining of the cassis stone, which was actively used in construction, gave the city a new impetus for growth.

In the homeland of cinema

The suburb of Marseille, where the Lumiere brothers were born, is famous for its clean beaches and secluded coves. La Ciotat is connected to Cassis by a mountain road that delights with magnificent landscapes, and in the town itself, the oldest cinema in the world has survived, where the world was shown footage of silent films for the first time. By the way, the famous "Arrival of the Train" by the Lumiere brothers was filmed at their own train station in this suburb of Marseille..

This pleasant combination of colors is typical of Aubagne, a suburb of Marseille located at the foot of the Garlaban mountain range. The mountains here are the most popular walking place for both locals and tourists. In the vicinity of Aubagne, tens of kilometers of hiking trails have been laid, allowing you to admire the magnificent cliffs against the backdrop of green valleys.
Home of the French Foreign Legion, Aubagne invites every year on April 30th for the Legion's Day of Glory. The program invariably includes a military parade commanded by the country's defense minister.