Articles about Nice
by Audrey 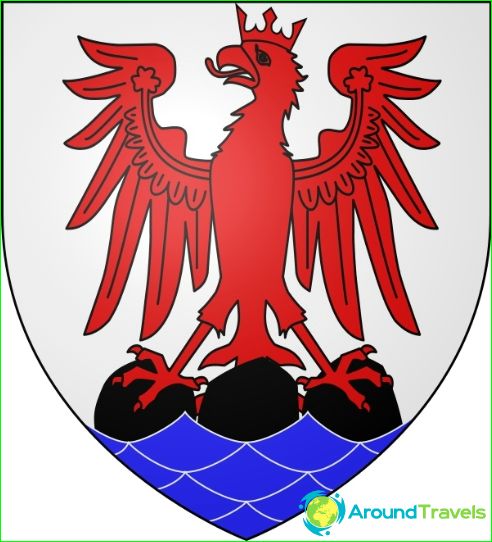 Coat of arms of Nice

Nice is a resort town in the south of France and the administrative center of the Alpes-Maritime department. Nice is the fifth most populous city in France and a major transport hub.

The city was founded around 350 BC. Greeks from Massalia (modern Marseille) and named «Nicaea». It is believed that the city got its name in honor of the goddess Nike, which probably symbolized the victory of the Greeks over the Ligurians. Quite quickly, Nicaea became one of the busiest shopping centers on the Ligurian coast, subsequently becoming a worthy competitor to the neighboring Cemenelum (a Roman city that existed as a separate administrative unit, in fact, before the invasion of the Lombard region), the ruins of which can still be seen in the Cimier region (Nice district).

In the 7th century, Nice joined the Genoese Union of Ligurian Cities. In 729, the city managed to successfully repel the invasion of the Saracens. Nevertheless, in the second half of the 9th century, the Saracens still managed to conquer the city, while thoroughly destroying and plundering it. Nice and its surroundings remained under the control of the Saracens and for most of the 10th century.

Despite the active economic development and the formation of the city as a major trade and commercial center, the following centuries were extremely turbulent for Nice. This historical period is characterized by the participation of Nice in the conflicts between Pisa and Genoa, the stubborn desire of the kings of France and the emperors of the Holy Roman Empire to gain complete power over the city, the attack of the combined Franco-Ottoman forces, as well as famine, plague, etc. From 1388 until 1860 (with the exception of several periods), the city was under the protection of the County of Savoy (later the Duchy of Savoy), and in fact was part of it, after which, according to the Treaty of Turin, it finally became part of France.

As a resort, Nice, in fact, gained its recognition back in the second half of the 18th century, largely thanks to the British who chose it for the warm winters, who actively bought real estate in the city and financed construction. On the initiative and with the money of the English aristocracy, the famous English Boulevard (English Embankment) was also laid. Thus, the British, along with the French and Italians, contributed to the formation of the architectural appearance of modern Nice..

The 20th century brought rapid industrialization to the city, the Italian occupation during World War II, a post-war economic boom, large-scale construction and the development of the tourism sector. Until the second half of the 20th century, Nice actually remained «a city for the rich», but after the end of World War II, the resort became accessible to a wider range of tourists, while maintaining high standards and its own special charm.

Today Nice, with its mild Mediterranean climate, picturesque natural landscapes and well-developed tourist infrastructure, is rightfully considered one of the best resorts on the famous Cote d'Azur. Nice is famous for its many interesting museums, as well as an abundance of various cultural events.