Coat of arms of paris 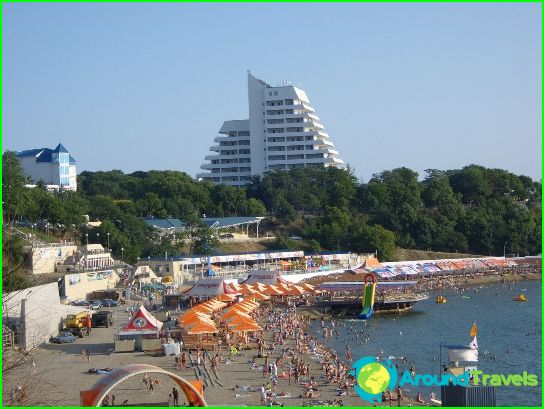 The French capital confidently holds the world leadership in the fashion and beauty industry, cutting off competitors on the way. The desire to make the world better and more beautiful is reflected in other spheres of city life. Even the coat of arms of Paris looks elegant, harmonious, despite the abundance of elements and symbols.

It is especially good to consider a color photo of the coat of arms of the French capital, where you can see the richness of the palette, the play of colors and shades used for various elements.

First of all, the colors are striking, the most popular in heraldry are scarlet, azure and green. The French, accustomed to pomp and wealth, could not do without precious flowers, silver and gold. In the image of the coat of arms, the attentive viewer can also see black, yellow and its shades, orange, olive.

Description of the city symbol

Each of the elements of the coat of arms has its own symbolic meaning, makes it possible to get acquainted with the geographical position of the capital of France, as well as with its history, economy, politics and even culture. There are four main details in the main symbol of Paris:

The central place on the coat of arms is assigned, as it should be, to the shield. It is divided into two parts; in the upper half, painted in azure color, there is a pattern of golden lilies, which are the most famous heraldic symbols of the royal dynasty.

The lower half of the coat of arms is scarlet, it shows a Gallic sailing ship that floats on the waves, these details are painted in the color of precious silver. The ship symbolizes the most famous island of Paris - the Cité, which has the same shape as the boat and is located in the center of the capital.

On the other hand, sailing ships in the Middle Ages were most often used for trade. Therefore, the appearance of one of them on the coat of arms of the French capital suggests that the main component of the economy of Paris is trade..

To the history of the city's symbol

The official approval of the coat of arms of Paris took place in 1358, when Charles V was in power. Although historians claim that the city had the emblem even earlier, when Philip II Augustus, who declared himself king of France, instead of the previous title «king of the francs», conceived the construction of the capital.

The Great French Revolution, which abolished titles and regalia in 1790, deprived Parisians of the main official symbol. And only Napoleon I returned the coat of arms to the city in 1811, and Louis XVIII six years later approved the coat of arms that still exists today..