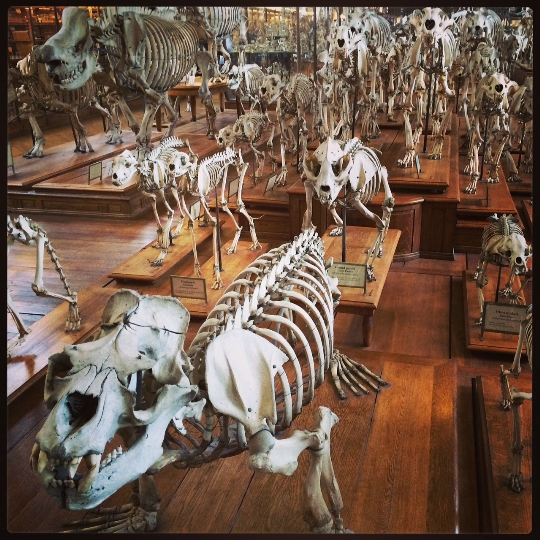 One of the very first French museums, it becomes an indispensable point of the excursion program in Paris for every curious traveler. It was founded in the 17th century, and since then millions of exhibits have provided food for thought to both a student and a schoolchild, and a scientist, and just anyone who is not indifferent to their own roots. More than 1,800 employees of the Museum of Natural History in Paris are well-versed in their work, because almost a third of them are researchers with various scientific degrees..

The exposition of the Museum of Natural History in Paris is a half dozen organizations located not only in the French capital, but also in other cities of the country:

All exhibition halls of the Natural History Museum of Paris are closed on Tuesdays and May 1, and the exact schedule of their work, depending on the days of the week and the season, it is better to check on the museum's website or in travel agencies.