Paris in 3 days: where to go in Paris 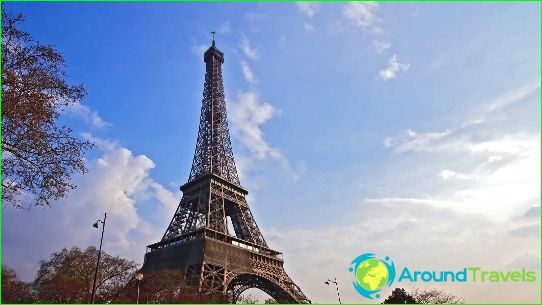 The French capital is good at any time of the year, because in Paris there is something to see, where to go to relax, what to taste and where to buy a hat from the latest collection of a famous fashion designer. And yet, the best time to make the dream "Paris in 3 days" come true is undoubtedly summer. On such days, the city is filled with special sounds and smells. On the square in front of the Opera, tango sounds, on the embankments the umbrellas of street cafes are welcoming, and in the picturesque markets there is a chance to taste the best achievements of French winemaking.

It is best to start your walk according to the Paris in 3 days with a leisurely promenade along its endless boulevards. The most sincere are Saint-Germain and Saint-Michel. In the mornings, an accordion sounds on them, and if a rainstorm suddenly starts, there will be an excellent reason to dive into the saving comfort of a cafe and say the cherished word "croissant". Patrick Roger's Chocolate Boutique is also open on Boulevard Saint-Germain..
Galeries Lafayette, in the Opéra Garnier and Boulevard Haussmann, is a great shopping destination. Once in Paris for 3 days, you should run into the famous department store to try on a new thing or at least have a coffee in the bar on the marvelous terrace of the upper floor..

A trip to Paris for 3 days also implies a visit to Versailles, because the masterpieces of its suburban architecture are hardly inferior in beauty to the capital's palaces. On summer evenings, visitors to Versailles will enjoy an amazing performance - the nocturne of the Great Musical Waters. This is how the fountains with laser illumination dancing to ancient music are masterly named. The show was launched in honor of the 400th anniversary of Versailles and is attended daily by hundreds of guests in love with fountains and landscaping.

In Paris itself, in 3 days, there is also something to see. The Eiffel creation and the Louvre with its world-class masterpieces, the Notre Dame Cathedral with stained glass windows of ancient beauty and the Basilica of the Heart of Christ, which soars snow-white over the city, are only a small part of its splendor. Following this, the legs themselves carry the traveler to the Luxembourg Gardens, where the most virtuoso musicians play in the jazz bar, or to the Seine embankment, from where you can go on a pleasant sailing on a river tram.
Moreover, Paris in 3 days is haute cuisine and a chance to taste its most exquisite dishes. Restaurants are located at every turn, but the most "Parisian" ones, according to connoisseurs, are open in the Latin Quarter, where, in parallel with the absorption of culinary masterpieces, it is so pleasant to look at the pretty bohemian audience, leisurely strolling along the narrow sidewalks.