Articles about France
by Audrey 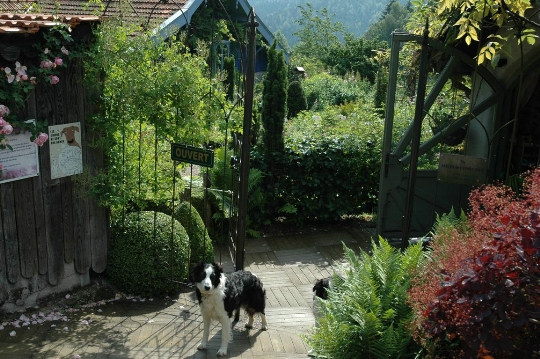 The northern part of France is formed by three regions: Nord-Pas-de-Calais, Normandy and Picardy. The landscape in this area is very varied. Here you can see pastures, hills, sandy shores, the North Sea. The north of France is a picturesque and interesting place with a rich history and a bit harsh nature. Ancient fortresses and castles have been preserved in this part of the country. A famous historical area is French Flanders, which is also located in Northern France..

The most famous sites in the north

Tourists who seek to explore French sights are very attracted to the listed regions. Architectural monuments, religious and secular objects have stood there for centuries. For example, the Church of Our Lady, considered the most striking pearl of church architecture, began to be built back in 1200. There are many notable buildings in the northern cities: citadels, fortresses, houses, etc..
The coast of Normandy is a place of concentration of resorts and seaports that have left their mark on history. The most beautiful place is the bay of the town of Honfleur. A city that attracts fun lovers is Deauville. Popular clubs, discos and casinos are located here. It is the main tourist center on the English Channel. In the north of France, there are many unique sites that are of interest to travelers. The main pride of the country in this area is the Norman abbey of Mont Saint-Michel, located on an impregnable rock. Rouen (capital of Normandy) and Saint-Malo are also considered historical treasures. An interesting French city located near the Belgian border - Lille, where you can see old quarters, monasteries, fortresses and other objects.
The region of contrasts is Nor Pade Kale, which is also the poorest in the country. In terms of population, this region is second only to the Ile-de-France (Paris region). If we consider the north of France, then there are historically formed three regions: Hainaut, Artois and Flanders, each of which has its own characteristics.

Almost the entire northern part of the country is occupied by plains and lowlands. They run in a continuous strip from the Pyrenees to the border with Belgium. The most significant lowland is considered to be the North French, which occupies a tectonic depression. The extreme northern part of France has access to the North Sea. There are wide sandy beaches. There are flat shores with beaches in Picardy. The most famous resort is Le Touquet, where there are many sand dunes. The highest point in the country is Mount Etretat, located in the northern part of Normandy. Local resorts were previously very popular with the residents of Paris. The Normandy coast beyond the Seine is a mixture of pebble and sandy beaches and cliffs.