Airport in Baden-Baden: scheme, photo. How to get to Baden-Baden airport

Articles about Baden-Baden
by Alexis 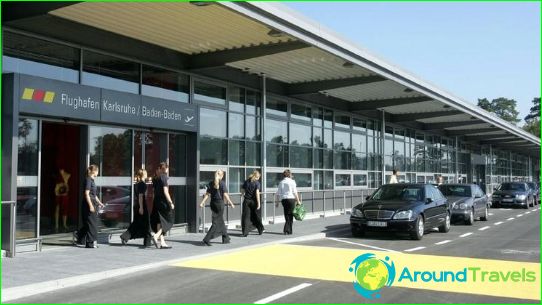 Two cities in Germany, Baden-Baden and Karlsruhe, are served by the Baden-Baden / Karlsruhe airport. More than 1.2 million passengers pass through this regional airport a year. A large number of flights are operated by Ryanair, the largest European low-cost airline. The airport has one runway, 3000 meters long.

The history of this airport can begin in 1953, when the Canadian Air Force used it as a military base. This continued until 1993, and a year later the private consortium Baden Airpark GmbH was founded. The first civil flight from the airport to Baden-Baden was made in 1997, Baden-Baden - Palma de Mallorca. And in 1998 regular communication with 19 European cities was established. In 1999, the milestone of 100 thousand passengers was exceeded for the first time..

Until 2001, the airport in Baden-Baden served almost 200 thousand passengers a year. A strong impetus to development was given in 2003, when the famous airline Ryanair began to cooperate with the airport. For 5 years, the passenger traffic has increased more than 6 times and amounted to about 1.1 million passengers. By the same year, the airport made more than 47 thousand take-offs and landings..
As a result, the airport Baden-Baden / Karlsruhe became the second most important airport in the state of Baden-Württemberg, second only to the airport of Stuttgart.
Today's airport capacity is 1.5 million passengers per year, if necessary, this figure can be increased.

Baden-Baden, Karlsruhe or other nearby cities can be reached in several ways: