How long is the flight from Munich to Moscow? Flight time Munich - Moscow

Articles about Munich
by Alexis

How long is the flight from Munich to Moscow? 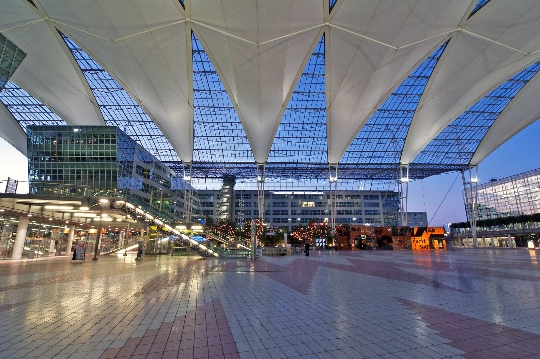 In Munich, you managed to walk along Mirienplatz, admire the panorama of the city, climb the observation deck of one of the towers of the Frauenkirche cathedral, visit the Nymphenburg Palace, see the Temple of Diana, look at the BMW Museum, walk through the English Garden, go to the amusement parks "Legoland" and " Europa Park "and enjoy the taste of the famous Bavarian beer? Now you need to fly to Moscow?

How long is a direct flight from Munich to Moscow?

Moscow and the capital of Bavaria are separated by almost 2000 km, which means that you will spend about 3 hours in flight.
Lufthansa aircraft will take you home in exactly 3 hours, Aeroflot - in 2 hours 50 minutes, Air Berlin and S7 - in 3 hours 05 minutes.
Don't know how much to expect when buying a Munich-Moscow flight? You should know that the cheapest tickets are sold in May, August and July (6,500 rubles), but on average tickets in this direction are sold for 23,400 rubles..

The following airlines will help you get from Munich to Moscow (they operate flights on Embraer 175, Canadair 900, Boeing 737-800, Embraer 195, Fokker 100 and other aircraft):
- Lufthansa;
- "Sas";
- Air Berlin;
- Aeroflot.
The Franz Josef Strauss Airport (MUC), located 30 km from the center of Munich, is responsible for the registration of Munich-Moscow flights..
Here, before leaving for your homeland, you will be offered to put your luggage in automatic lockers, take photos in photo booths, watch television talk shows broadcast from the conference room, change your hairstyle by visiting a hairdresser, spend time in an Internet cafe or a mother and child room, quench hunger in one of the catering outlets, visit the brewery.

To delight your relatives and friends with gifts from Munich (beer mugs and beer, jewelry with Swarovski crystals, watches, national costume items, wooden nutcracker toys, tin soldiers, crafts made of stones and minerals, ceramic candlesticks, porcelain figurines), in flight think to whom and what to present as a keepsake of your trip to the capital of Bavaria.