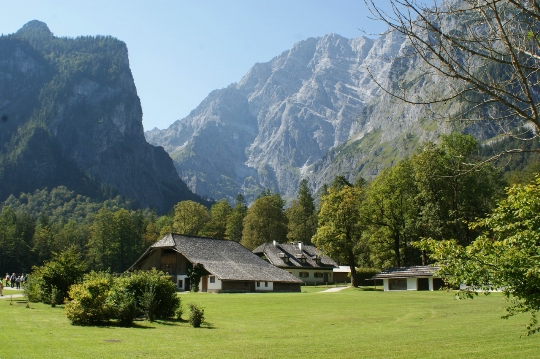 Almost a million hectares of German lands are considered protected in the country. On this vast territory there are 14 national parks, where unique ecological systems, rare species of animals and endangered and especially valuable plants are protected. Compared to similar nature reserves in other countries, nature reserves in Germany are relatively young - the very first received a special status in 1970.

Take a break from the bustle of the city

Germans love to relax in their national parks, but foreign tourists usually do not have time to visit them. But once you are close to these natural wonders, you should devote a couple of days to contemplating the magnificent landscapes that the land of Germany is so rich in:

Stork on the roof

The villages close to this nature reserve in Germany are home to hundreds of white storks every summer, which nest in the region of the Lower Oder Valley. The national park of the same name is home to dozens of rare animals, including black storks, whooper swans, kingfishers, corncrake and otters.
The Oder Valley is visited by thousands of tourists every year, and the park has several dozen marked hiking and cycling trails..