Home › Articles about Germany › Leipzig Zoo - photo, price, opening hours. How to get to the zoo in Leipzig

Leipzig Zoo - photo, price, opening hours. How to get to the zoo in Leipzig 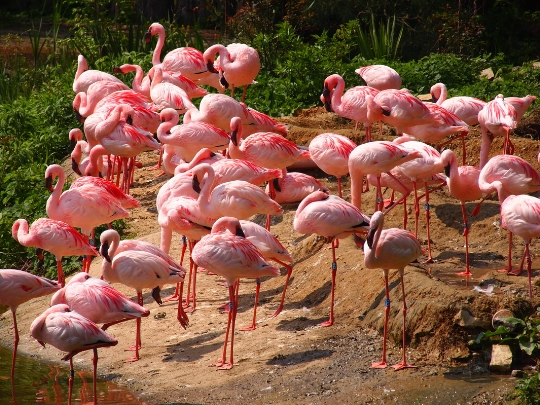 This European zoo was opened back in 1878, but in its present form it appeared on the city map only at the end of the 20th century. Among zoological scientists, the Leipzig Zoo is an example of respect for animals and an example of unique scientific discoveries and developments in various fields of biology. And for visitors, the park is an opportunity to observe its guests, presenting more than 850 species in a landscaped picturesque territory.

The main concept of the park organizers is the well-being of their pets and the preservation of fauna and wildlife. All work is subordinated to this, and therefore the name of the park in Leipzig is synonymous with the concept of "zoo of the future". Unique designs of cages and aviaries allow you to forget that animals are kept in an artificial environment, and six dozen special programs for their preservation and breeding guarantee the salvation of many endangered and rare species.
The main building materials used in the structures of the zoo are wood, stone, jute and glass. The most popular exhibition today is called Gondwana. The pavilion, the size of a couple of football fields, is a rainforest in the center of a huge city, inhabited by dozens of different inhabitants..

The thematic worlds of the Leipzig Zoo are the African savannah, the steppes of Asia, the jungles of South America and the green gardens of Europe. The organizers are especially proud of the success in preserving and even obtaining offspring from such rare animals as Przewalski's horse and maned wolf..

The address of the zoo is Pfaffendorfer Str. 29, 04105 Leipzig, Germany.
It is very easy to find the park - it is located in the center of the city. The Wilhelm-Liebknecht-Platz and Goerdelerring tram stops are about 500 meters from the zoo entrance. Special signs in the form of animal tracks on the pavement will help you to find the gate. The same landmarks can be walked 800 meters from the central railway station of Leipzig.
For those who come to the park by private car, a place is provided in a guarded parking lot next to the gate.

Opening hours of the zoo in Leipzig:

A special schedule for the holidays - on Christmas and New Year's Eve on December 24 and December 31, the gates are closed at 15.00.

The price of an adult ticket is 16 euros, a child's ticket is 9 euros. Group tickets cost 13 euros for each visitor, and family tickets will cost 40 euros for four.
Photos can be taken freely.

It is a pleasure to celebrate a children's birthday in the Leipzig Zoo, to hold weddings or anniversary celebrations in the restaurant.