Articles about Thessaloniki
by Alexis 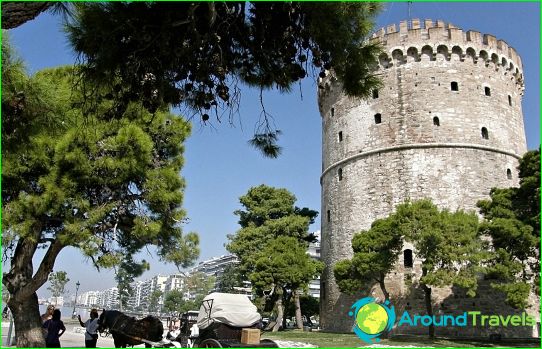 The second largest city in the land of ancient Hellas and one of the tourist capitals in the Balkans, Thessaloniki is also a major seaport. There are always many tourists here who prefer to enjoy the Mediterranean and all the related pleasures associated with this region. And also tours to Thessaloniki are an acquaintance with the history of Greece and its great natives. It was in Thessaloniki that the creators of Slavic writing, Cyril and Methodius, were born, and UNESCO took several architectural monuments of world importance here under its protection..

All the cities that are or were once in Greece, as a rule, are associated with history and ancient culture. Thessaloniki is no exception, if only because he founded them in 315 BC. King of Macedonia Kassander. Having named the city after his wife Thessalonica, he united several small settlements on the shores of the gulf within its boundaries. As usual, the Romans could not pass by such luck and captured Thessaloniki only one and a half hundred years after its foundation..
Over the next centuries, campaigns against the peaceful city were undertaken by many peoples and armies. Arabs and Goths, Slavs and Saracens, Bulgarians and Sicilian Normans were noted here, and then the Ottomans completely made it their fiefdom, in which, as a result, even the father of the Turkish people, Ataturk, was born. The Greeks conquered Thessaloniki only at the beginning of the twentieth century, and today more than a million people live here and in the suburbs..