Articles about Honduras
by Alyssa

Coat of arms of Honduras 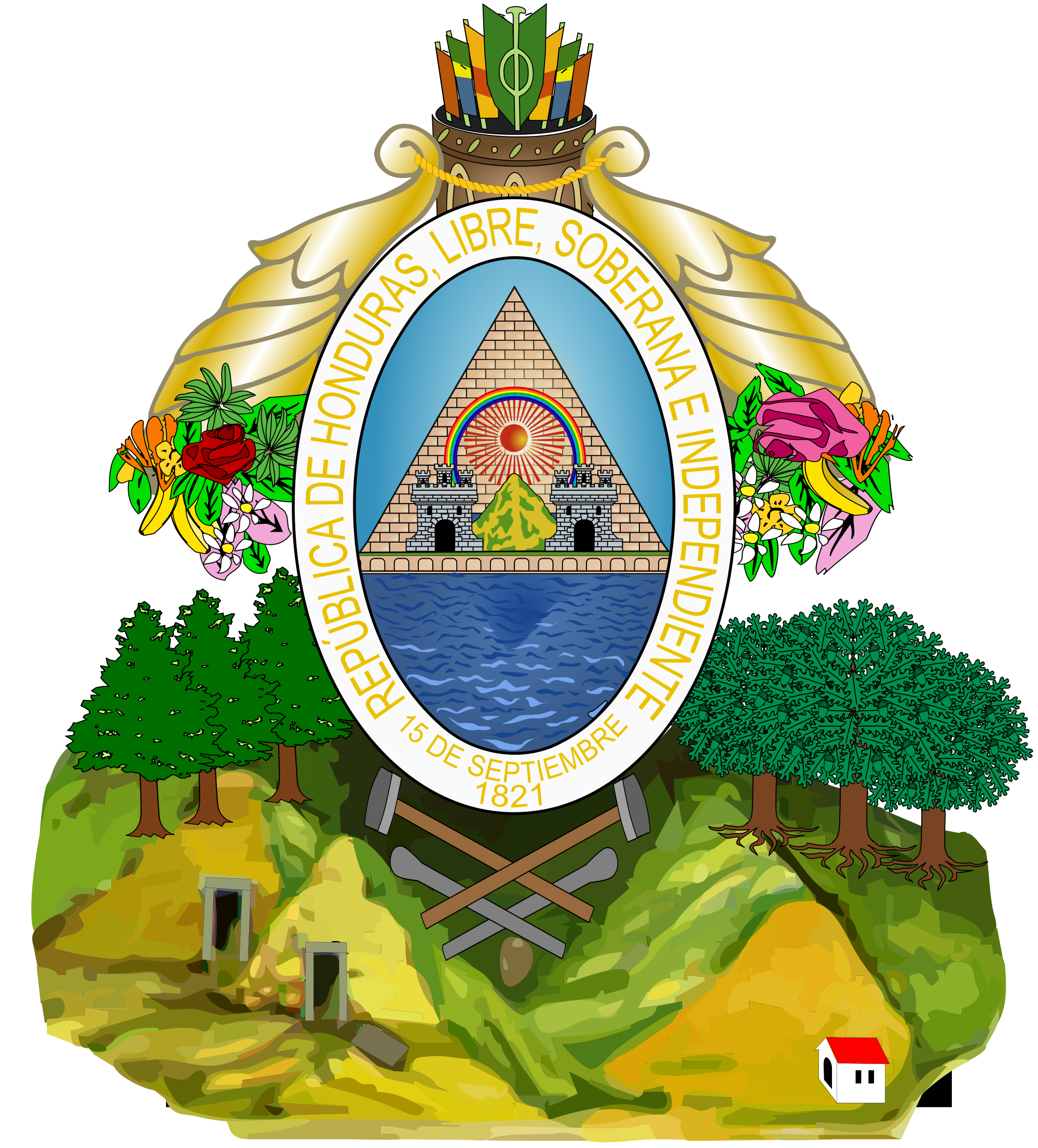 The coat of arms of Honduras is the most important, along with the flag and anthem, the state symbol of the country and has an interesting interpretation and history..

Description of the coat of arms

The coat of arms has the following basic heraldic symbols:

First of all, a triangle is interesting in the coat of arms, and even an equilateral one. It symbolizes two oceans - the Pacific and the Atlantic. But there are few states on the planet, washed simultaneously by two huge oceans.

The pyramid is considered by heraldists as a reminder of the capital of the Mayan tribe - Copan. There are pyramids here to this day. A volcano is a sign that almost the entire territory of the country is covered with volcanoes, most of which are extinct.

The arrows are nothing more than a symbol of the unity of the nation of Honduras. The text stands for the independence and sovereignty of Honduras. Pines, oak are the national trees of the country, as well as a reminder that a significant part of it is covered with forests..

The coat of arms also has crossed hammers, adit entrances, cliffs. Hammers are a symbol of the mining industry. The same applies to hammers and an ingot of metal. The adit is a symbol of mining. Cliff - mention that limestone is mined in the country.

History of the coat of arms