How long is the flight from Delhi to Moscow? Time of flight Delhi - Moscow

Articles about Delhi
by Ashley

How long is the flight from Delhi to Moscow? 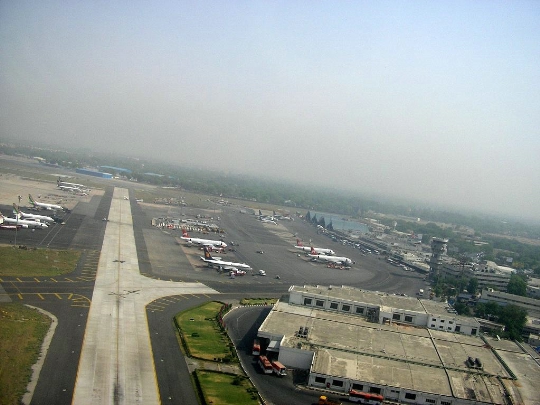 On vacation in Delhi, you could admire the India Gate monument, the Lotus Temple, the Jama Masjid Mosque, the Red Fort, wander the narrow alleys and bazaars of the Old City, taste Indian cuisine, ride elephants, conquer the summit of Sikkim, attend yoga courses, immerse yourself in the traditional culture of India and the India Habitat Center, have fun at the Adventure Island amusement park and the Fun’n’Food Village "? Now you need information about the return flight?

How long is a direct flight from Delhi to Moscow?

The capital of India is more than 4300 km away from the Russian capital, which means that you will have to spend about 6 hours in the air..
On board Air India aircraft you will spend a little less than 6 hours (landing at Domodedovo), Aeroflot - 6 hours 15 minutes (arrival at Sheremetyevo), Transaero - 6 hours 10 minutes (landing at Vnukovo ").
When calculating your vacation budget, include in it the cost of Delhi-Moscow air tickets in the amount of 15600-18400 rubles (relatively inexpensive tickets are sold in March, May and June).

You can fly to the Russian capital with the following air carriers (they will take you on Airbus A 330-200, Boeing 737-900, Airbus A 340-600, Boeing 737-900 and other aircraft):
- Air India;
- S7 Airlines;
- Jet Airways;
- "KLM";
- "Gulf Air".
Check-in for the Delhi-Moscow flight takes place at the Indira Gandhi Airport (DEL), located 20 km from the center of Delhi.
If you wish, here you can wrap your suitcases with a thick protective film (go to the appropriate counter), then hand them over to the storage room in order to move around the airport territory lightly before flying home (free buses are provided for moving between the terminals).
If you get hungry, here you can visit cafes and restaurants, and if you are interested in shopping, there are shops at your service, including duty-free..
In addition, the airport has ATMs, currency exchange offices, waiting rooms of different comfort levels..

On the flight, you should think about which of your loved ones to present as a memory of your trip to Delhi souvenirs in the form of jewelry made of gold and silver, Indian spices, tea, aromatic oils, Indian Old Monk rum, woolen and silk products, saris, national musical instruments, figurines of idols, electronics, natural medicines, cosmetics brands "Himalaya" and "Swati".