Holidays in India in September 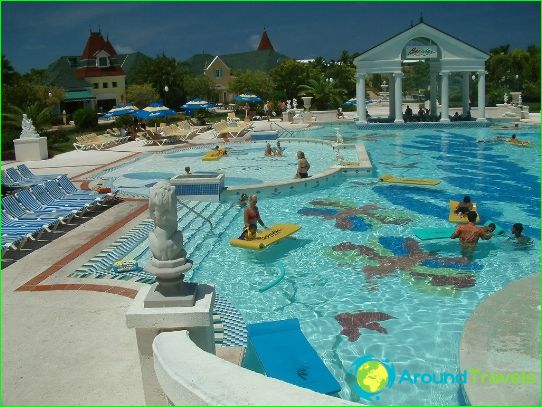 When planning a trip to India in September, you should carefully consider the route, since only in this case you can know what weather conditions should be expected. India is divided into six climatic regions, each of which creates special conditions. At the same time, a significant impact of the Asian monsoons can be noted..

Weather in India in September

September is the last month of pronounced dominance of the southwest monsoon. Rainfall in India in September is unevenly distributed. For example, Mumbai has three times more rainfall than Rajasthan. It is generally accepted that the best vacation in September can be spent in the central and southern regions of India, because there is no exhausting heat here, and among the unfavorable conditions, rainy can be noted. Dry weather is set in the southeastern resorts. In New Delhi, there can be 4-7 rainy days in September.

The air in September warms up to high temperatures. In the states of Kerala, Goa during the day the air warms up to + 30C, and by the evening it gets colder to + 24C. The southeastern regions of India are characterized by debilitating heat, as temperatures can reach 34C in the shade. When planning to visit New Delhi, you need to prepare for the fact that the temperature will be + 34 ... 37C in the afternoon, and by the evening it will get colder by about 7 - 9 degrees.

Holidays and festivals in India in September

Holidays in India in September can be very interesting, because the event calendar is replete with a variety of festivals. Each holiday and festival allows you to learn the peculiarities of local culture and have an interesting time.

Prices for travel to India in September

The high tourist season has not yet started in September. Despite the fact that tourists will soon start arriving in India, prices remain low in September. If you wish, you can spend your time interesting and rich, setting aside a small budget for travel..