Home › Articles about India › What is the sea in India? Sea in India: photo, map

What is the sea in India? Sea in India: photo, map 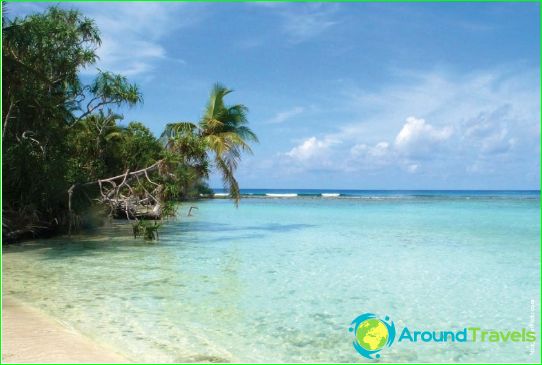 «Walking across the three seas» The Tver merchant Afanasy Nikitin, who visited distant India in the 15th century, called his masterpiece literary work. In addition to colorful sarees, bright oriental bazaars and an endless kaleidoscope of impressions from the local cuisine and customs, the traveler was conquered by the seas of India, which today are one of the main magnets for tourists from all over the world..

The edge of eternal summer

Wintering in the land of elephants and tea is very popular today. Freelancers and other fans of unpretentious work contracts, whose conditions do not include daily appearance in the office or at work, answer the question of which sea washes India without hesitation. Their patrimony is the province of Goa, where the warmest beaches, and the variety of levels and hotel prices allow even the most modest travelers not to appear in the gray Moscow slush for many months..
The Indian subcontinent is washed in the west by the Arabian Sea, which is part of the Indian Ocean basin. It is on its coast that the main beaches of North and South Goa are located. The climate on the local shores is tropical, characterized by monsoons, and the water temperature ranges from +23 degrees in winter to + 29 in summer. The maximum precipitation on the Indian shores of the Arabian Sea occurs in the summer months.

But it is not only Goa that the Indian tourist is alive, and when asked which seas in India, the most advanced answer is the Bay of Bengal of the Indian Ocean. A very unusual state is located here, which includes the islands of the Andaman and Nicobar archipelagoes. What is the special charm of a holiday on the Indian islands?

Pictures of the coast of India