Articles about Tel Aviv
by Amber 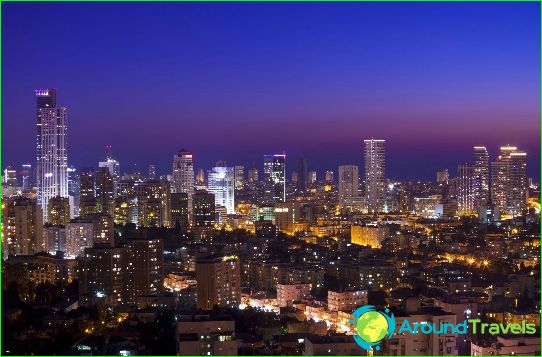 Some people mistakenly believe that Tel Aviv is the capital of Israel, because it is here that the international airport and even the country's defense ministry are located. Yet Jerusalem is still the capital, and the city on the Mediterranean coast is only an important transport hub and economic center. For those who book tours to Tel Aviv, it is worth knowing some of the features of the climate and customs of the local residents, so that the business trip or vacation will go in the best possible way, leaving fond memories of the trip..

Tel Aviv is located almost in the middle of the Mediterranean coast of Israel. It began to be built as part of ancient Jaffa, which is one of the oldest cities on Earth. In the port of Jaffa, ships arrived with pilgrims seeking to get to the Jerusalem shrines, and the new Jewish suburb served as a staging post on their difficult journey..
"Hill of Spring" means Tel Aviv in Hebrew, and today not only thousands of pilgrims but also young people who prefer active rest by the sea come here. The city is called the capital of the Mediterranean buzz, and in its architectural and entertainment motives not only Ibiza and Nice, but even Casablanca and Manhattan are guessed.