Rome in 3 days: where to go in Rome 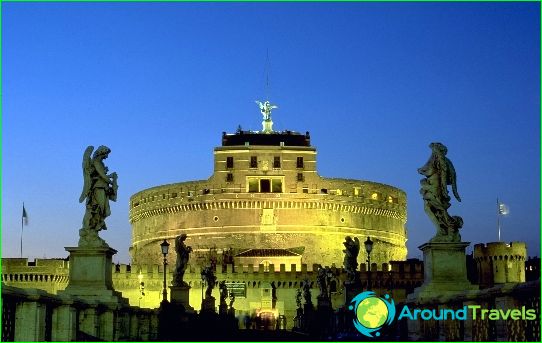 The Italian capital began to be called the eternal city in ancient times. And Rome is also a city on seven hills, and everyone, without exception, likes it, because such a number of monuments and attractions in a fairly compact territory, perhaps, is not found anywhere else in the world. Once in Rome for 3 days, there is a chance to make sure that every stone here breathes history in the literal sense of the word.

From the Forum to Trevi

The route within the framework of the "Rome in 3 days" program can turn out to be very colorful, if you draw up a plan in advance for visiting the most important sights of the city:

Blessed by the Pope

Once in Rome for 3 days, it is worth going on an excursion to the Vatican. One of the smallest states on the planet is of great importance and plays an important role in the lives of millions of Catholics. Here is the residence of the Pope and the main Catholic cathedral. If you manage to be in St. Peter's Square on Sunday, there is a chance to receive the blessing of the Pope himself. According to a long-standing tradition, the pontiff goes out at noon on the balcony of his library, overlooking the square, and blesses all those gathered there..

The Rome in 3 Days program may well include an acquaintance with Villa Borghese. The Roman park, made in the English style, is located on the Pincho Hill and is famous for its antique statues and museums. The Galleria Borghese contains unique pieces of art, and the Villa Giulia Museum houses the collection of Etruscan art, considered one of the most complete in the world..