Articles about Venice
by Ashley 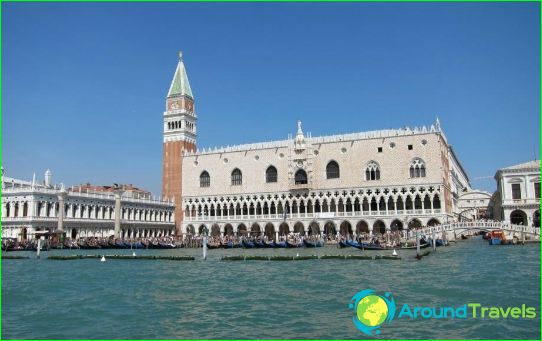 It has long been known that the most romantic place on earth is Venice - a wonderful city in northern Italy. It is located on the water and is connected by bridges and canals. His palaces were never rebuilt, and to this day they have their original appearance..

Excursions in Venice are booked in order to get to know the famous city better. A particularly large number of tourists visit the city during the famous Venice Carnival. Venice attracts with its majestic sights, art exhibitions and various festivals. The city is full of mysterious and interesting places.

Sightseeing tours in Venice provide an opportunity to contemplate a wonderful view of the city from the surrounding islands, look into the window of a secret apartment where Casanova hid for a long time, see the majestic palaces, within the walls of which the secrets of their owners are kept, and simple quarters with the townspeople living in them.

Acquaintance with the city on the water

Plunging into the atmosphere of this magical city, you will definitely want to walk through the canals along small bridges, swim on a gondola or water tram, visit an opera or do a thousand more things to get an unforgettable experience.!

But there is no way to ignore the historical sites of Venice. These include:

Also worth a visit is the Accademia Gallery, which exhibits works by prominent masters of Venice in 24 large halls..

Venice is one of those cities that you must visit at least once in your life.!

Photos of excursions in Venice