Airport in Verona: scheme, photo. How to get to Verona airport

Articles about Verona
by Ashley 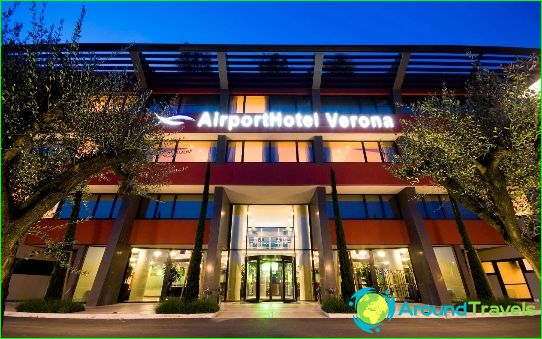 Verona-Villafranca is the name of the international airport in Verona. You can also find a more complete name - Valerio Catullo Villafranca. To attribute the airport only to Verona is a little incorrect, since it is a co-based airport. It is located practically in the center between several Italian provinces: Brescia, Bolzano, Vicenza, Verona, Mantua, Trento and Rovigo. Accordingly, all these provinces can equally use this airport..

The first commercial flights from the airport in Verona were made only in the 1960s, before that it was used as a military airfield. The first flights were made mainly to Rome, as well as to some cities in Europe. The airport became fully commercial in the early 1970s, thanks to the provincial development program. At the same time, a terminal for passengers was built at the airport, as well as special offices for airlines and services..
At the end of 1978, it was decided to form the Aeroporto Valerio Catullo di Verona Villafranca Spa company to manage the airport. The company included the provinces indicated at the beginning of the text, the two largest owners - Verona and Trento.
In 1990, the airport was modernized - the terminal was expanded, new aircraft stands, car parks, etc. were built..
By 1995, the airport reached 1 million passengers per year, by the new century, the number of passenger traffic has doubled. And in 2006 this figure reached 3 million..

Despite the fact that the airport in Verona is not very large, it is very comfortable and in terms of the quality of services it is not inferior to its competitors.
For passengers, the airport offers Duty-Free shops, cafes, restaurants, bars. In addition, the terminal has Wi-Fi wireless internet. There are designated smoking areas for smoking passengers. If necessary, you can ask for help at the first-aid post..

How to get there

There are several ways to get from the airport to the city:

Education in Italy. Study in Italy - ...