Home › Articles about Jamaica › How long is the flight from Jamaica to Moscow? Time of flight Jamaica - Moscow

How long is the flight from Jamaica to Moscow? Time of flight Jamaica - Moscow

Articles about Jamaica
by Amber

How long to fly from Jamaica to Moscow? 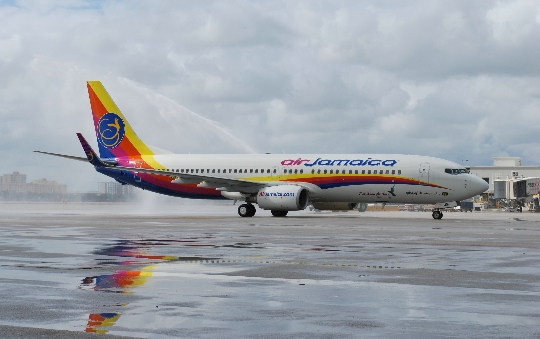 In Jamaica, you managed to admire the cascading waterfalls and the Blue Mountains, go diving with a trip to an underwater park, swim on the Black River on a bamboo raft, play golf at the Trial Golf Club, swim with dolphins at Dolphine Cove, visit the rum factory, the "Tarzan Tour", which involves walking on the ropes in the tropical jungle, and excursions to the Belvedere estate? Now you want to know more about the return to Moscow?

How long is a direct flight from Jamaica to Moscow?

9800 km - the distance between Moscow and Jamaica, so you will spend about 14 hours in flight.
If you fly to Vnukovo on a Transaero aircraft, you will spend just over 13 hours in the air.
If you decide to leave Jamaica in July, December or March, then you will have to pay 42,500 rubles for the air ticket, and 38,100 rubles in June, August and May (popular routes Montego Bay - Moscow, Kingston-Moscow).

For those who use connecting flights, the route is usually laid in such a way that they have to fly through New York, London, Frankfurt am Main, Istanbul and other cities (such flights last from 17 to 40 hours).
For example, a flight with transfers in Miami and London ("American Airlines") will take about 20 hours, in London ("British Airlines") - 16 hours excluding transfers (in some cases the connection may take several hours, and in others - 12 hours ), in Vladivostok (Aeroflot) - 32-38 hours.

Aircraft (Airbus A 330-200, Boeing 777-300 ER, Airbus A 319) of the following airlines will take you home:
- Virgin Atlantic;
- Delta Airlines;
- "Transaero";
- "Utair";
- Lufthansa.
Leaving Jamaica, you will need to check in for a flight to Moscow at Norman Manley International Airport (KIN) - it is located 8 km from the capital of the island.
Here travelers are offered ATMs, cafes, cameras where suitcases can be returned, post office, currency exchange, lost and found shops, duty-free shops, VIP lounge (there are showers, a bar, Wi-Fi, cable TV, spa- salon).
Note to smokers: smoking is prohibited on the territory of the terminals!

A long flight allows you to do both reading and watching videos on your own laptop on the plane.
In addition, it will not be superfluous to decide who to present with souvenirs purchased in Jamaica, in the form of mini-sculptures from minting and wood, products made of semiprecious stones, Jamaican Appleton rum, Mountain Blue coffee, Jamaican sauces, bamboo products, rastaman hats, dolls woven from straw, pottery (jugs, plates, vases), herbal scrubs and other products of the Blue Mountain Aromatics brand.