Articles about Mauritius
by Audrey

Holidays in Mauritius in January 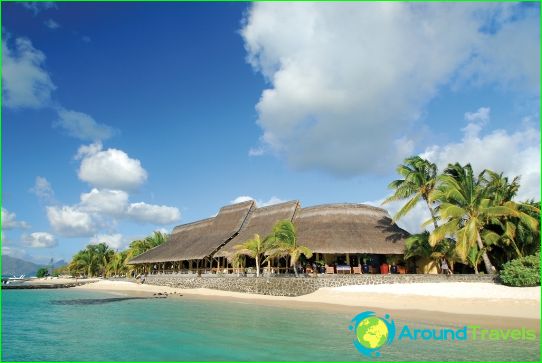 January is the middle of summer in Mauritius, so tourists expect the most vivid emotions from the trip. It can be very hot during the day, but the weather becomes really comfortable in the evening..

Average rainfall in January is just over two hundred millimeters. It is important to note that this amount is much higher than in the rest of the winter months. At the same time, the rain is usually short, it can only be in the afternoon. Rain is often accompanied by thunderstorms. Humidity level in Mauritius in January is 81%.

Experienced tourists know that the ideal time for a beach holiday in Mauritius is from November to April. During this period, the island is visited by about one million tourists. Most of the tourists arrive from the UK, Germany, France, China. Russians are also keen to spend winter vacations in Mauritius. On the eve of the New Year holidays, the airport is working in an intensive mode in order to receive everyone. Many tourists flock to Mauritius to enjoy summer weather, chic beaches and scenic views.

Holidays in Mauritius in January

Having decided on a vacation in Mauritius in January, there is a chance to visit the Kazadi festival, which is a celebration that allows you to purify from all the unrighteous deeds committed over the past year. At this time, ceremonies of ritual ablution, religious processions, rituals of walking on burning coals are held. Also, the festive traditional program includes theatrical performances. Kazadi holiday is a day off.

Among the most important holidays, Maha Shivaratri («night of shiva») when Mauritian Hindus make a pilgrimage to Grand Bassin.

Mauritius attracts many tourists with a vibrant culture, unusual holidays, chic beach opportunities and good weather. Perhaps a tourist trip in January will be the best start to the year for you and will allow you to enjoy the holidays.