Articles about Monaco
by Amber 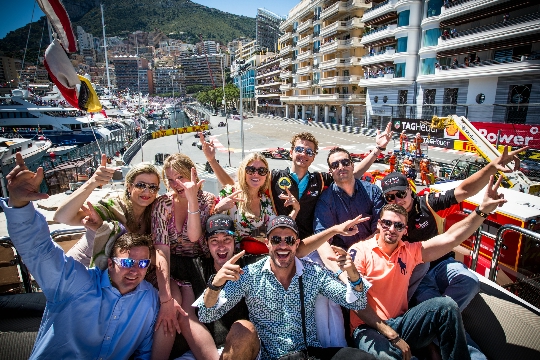 A dwarf European state, which anyone can cross on foot in just an hour, Monaco, nevertheless, is one of the cultural centers of the Old World and the object of desire of many travelers. The principality is famous, first of all, for its casino in Monte Carlo and the regular stage of the Formula 1 races held here. For those who cannot imagine their vacation without getting to know the customs and life of local residents, the traditions of Monaco may seem quite entertaining..

Who are the Monegasques?

In the dwarf state, there are only about 35 thousand people living there. Most of them are Monegasques. This is the official name of the citizens of the principality and only they are allowed to settle in the old city. Monegasques are exempt from paying taxes, and obtaining citizenship here is not just difficult, but very difficult.
Monaco's family tradition has long roots. It is customary to spend the main religious holidays in the principality together, and therefore even family members living in other parts of the world will certainly fly to Monaco for Christmas or Easter..
One of the oldest traditions in Monaco is the ritual of the olive branch and the wine. On Christmas Eve, the head of the family plunges an olive branch into wine and makes the sign of the cross over a lighted fireplace. The ceremony symbolizes the wish for peace and prosperity for the home and its inhabitants.

The glitz and poverty of Monte Carlo

One of the districts of Monaco is called Monte Carlo and it is here that the most famous casino in the world is located. Traditionally, in Monaco, you need to play roulette to try to grab luck by the tail..
The Monte Carlo casino opened in 1863. It was assumed that the income from the gambling business would save the princely family from bankruptcy. The financial losses of the family at that time were too tangible, due to the fragmentation of the principality.
Since then, thousands of gamblers have broken the bank in this luxurious mansion, but even more of them have lost fortunes, went bankrupt and even took their own lives at the nearest dock. There is a legend that the doorman of the casino always keeps a coin in his pocket to give the loser the opportunity to call a taxi to the hotel..
Interestingly, according to the tradition of Monaco, citizens of this country are prohibited from entering the casino game rooms, so to visit it you need to have a foreign passport with you..