Articles about Panama
by Alyssa 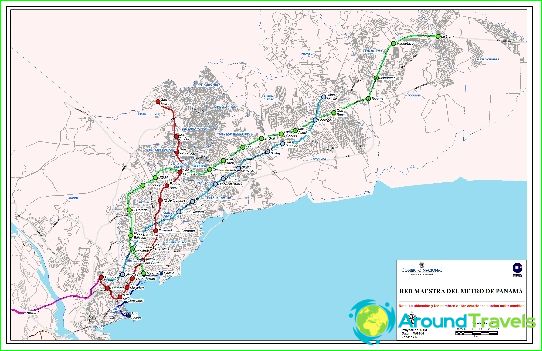 The construction of the metro in Panama, the capital of one of the Central American countries, began in 2010. Panama needed a new form of urban transport, as car traffic during rush hours in a multi-million dollar metropolis was often paralyzed. Already in April 2014, the opening of the first stage of the Panama metro took place, which was built by a community of companies from several countries of the world. Panama Metro went down in history as the first subway in Central America.
The only metro line in Panama so far consists of 13 stations and has a track length of almost 14 kilometers. Eight Panama metro stations are located underground and five are built on city streets. The line stretched from north to southeast through the central part of the city. Panama Metro Terminals - Elbrooke South and San Isidro North.

As with the metros in many cities around the world, tickets for the Panama metro can be purchased at the automated ticket offices located at the entrance to each station. The menu has the ability to choose English, which greatly simplifies the task for foreigners.