Home › Articles about Paraguay › Capital of Paraguay: map, photo. What is the capital city of Paraguay?

Capital of Paraguay: map, photo. What is the capital city of Paraguay?

Articles about Paraguay
by Amber

Asuncion - the capital of Paraguay 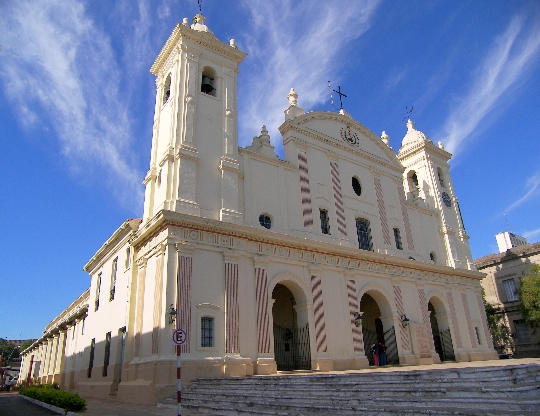 Many people are surprised that the capital of Paraguay has a much longer name than the usual Asuncion. The full official name mentions the Virgin Mary herself, the patroness of the city, which the locals respectfully call «our Lady (Senora)».

The location of the main city of the country is very convenient - on the plain, not far from the meeting point of two rivers - Paraguay and Pilcomayo. The climate is tropical, very hot, and only in winter the winds from the south bring the long-awaited coolness.

An excursion into history

The name of the founder of the city is known - Juan de Salazar, a conquistador, whose roots should be sought in Spain. Also, Paraguayans know the exact date of the foundation of the capital - August 15th. On this day, the great Christian holiday is celebrated - the Dormition of the Most Holy Theotokos, and the name Asuncion means nothing more than the Dormition.

In the Middle Ages, the city was the administrative center of one of the Spanish colonies, and also served as a stronghold for the colonialists on the road to Peru. Monks from the Jesuit order had the most powerful influence on the development of the city, almost until 1768 they held power in their hands.

Asuncion became the capital of the independent state only in 1811, although the struggle for independence continued later. During the Paraguayan War, the capital was captured by Brazilian troops, the population was significantly reduced, many architectural monuments and sights were destroyed.

Fortunately, many cultural monuments have been restored, and in general, the historic center retains the buildings of the colonial period, and there are also majestic religious buildings erected by the hands of hardworking Jesuits during the 16th - 18th centuries. The locals call the most significant sights of Asuncion:

The Pantheon is a memorial dedicated to the famous Paraguayans who gave their lives for the independence of their homeland. In addition, it is one of the most beautiful architectural structures of Asuncion, at the entrance you can see bronze soldiers, and inside there is a majestic sarcophagus, which is covered with the national flag..

The Cathedral, like the House of Independence, is one of the oldest buildings in the city and represents an architectural, historical, cultural and religious value..