Articles about Peru
by Amber

Lima is the capital of Peru 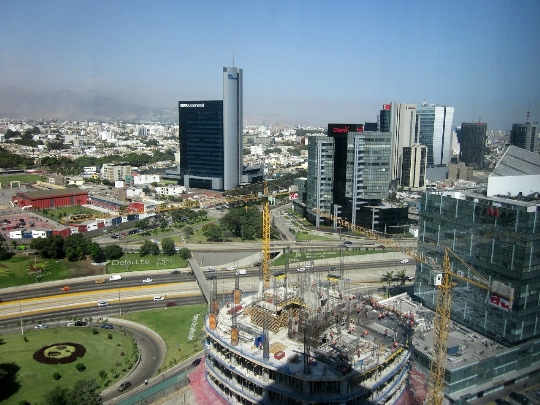 On the one hand, the capital of Peru is not the best place for tourists to relax, because there is smog, cars and millions of people, on the other hand, the historic center of Lima is protected by UNESCO, included in the famous lists of world cultural heritage and every curious tourist seeks his own see him with my eyes.

Excursion into the history of the capital

The month and year of foundation of the future official capital of the independent state - January 1535, as well as its first resident, Francisco Pizarro, are known. Under the leadership of this Spanish conquistador, an outpost was erected, it was from here that the further conquest of the Peruvian territories proceeded..

Five years later, the city acquired the status of the main city of the colonial authorities, while receiving a bunch of compliments, like «loyal, delightful, beautiful city». By the way, Lima had another unofficial name - the City of Kings, since about 40 Viceroys managed to be in power.

Since 1821, the city became the capital of an independent state, began to develop rapidly, increasing the number of inhabitants and territory exponentially..

Walking around the Old Town begins on the main square, in its center there is a monument to the founder and an old fountain, which every Moscow citizen is proud of. It is this fountain that most often remains in the photos of travelers and guests. On the central square there are: the symbol of independence - the City Hall; Presidential palace; main cathedral of the city.

Many tourists dream of getting inside the palace architectural complex to see luxurious furniture, carved mirrors and artistic masterpieces. The wooden carved balconies of the Cathedral are just as alluring for the guests of the city..

Tourists choose the further route on their own - small streets diverge in all directions from the square and beckon to plunge into history. Moreover, the monuments that will be encountered along the way belong to the golden age of Spanish architecture..

Other squares in the main city of Peru deserve no less attention, preserving the unique atmosphere of the old city..