Articles about Peru
by Amber 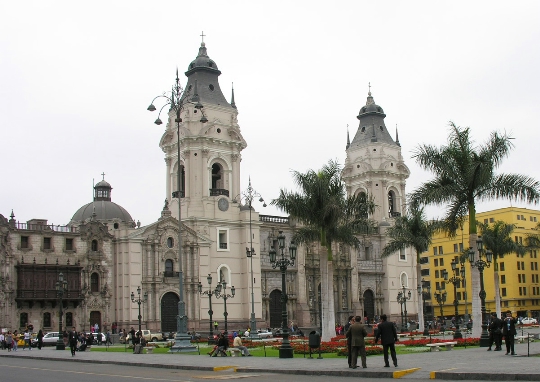 Hardly anyone would dare to call the capital of Peru a tourist-friendly city. Streets of Lima - thousands of cars and hurrying citizens, constant smog and not a very good environmental situation. And at the same time, this metropolis has its own center of history, it is called Lima-Centro, and the specialists of the famous UNESCO organization took the main sights under protection.

Architectural masterpieces located in the historical part of the capital have nothing to do with the indigenous population of the country and are associated with the period of Spanish colonization, the active construction of mansions for uninvited guests from Europe.

The area is characterized by a clear layout, streets intersect at right angles, from the point of view of geometry, architects and builders can be given the highest score. Locals have lovingly dubbed such an ideal layout «chess Pizarro».

And the monument to the most famous of the brothers who bore this surname and became famous for the conquest of the great Inca empire is located on the Main Square of the capital. In addition to the monument to the infamous conquistador, architectural sights can be seen on the same square, including:

Walking through the squares

Tourists note that the mathematically correct, accurate layout of the city is not conducive to walking, but excursions to local squares can significantly expand the knowledge of guests about the history and culture of Lima. For example, one of the most famous squares in the Peruvian capital was named after José de San Martín, who played an important role in the liberation of the country from Spanish rule. In his honor, in the center of the square, there is an equestrian statue depicting the great military leader. True, there are no other attractions.

On May 2 Square, you can see the Freedom Column, and Acho Square gathers crowds of bullfighting fans, since it is here that one of the main arenas of the capital is located. This spectacular sight is also a heritage of the Spaniards.

Photos of the streets of Lima