Home › Articles about Poland › Airport in Katowice: scheme, photo. How to get to Katowice airport

Airport in Katowice: scheme, photo. How to get to Katowice airport

Articles about Poland
by Alexis 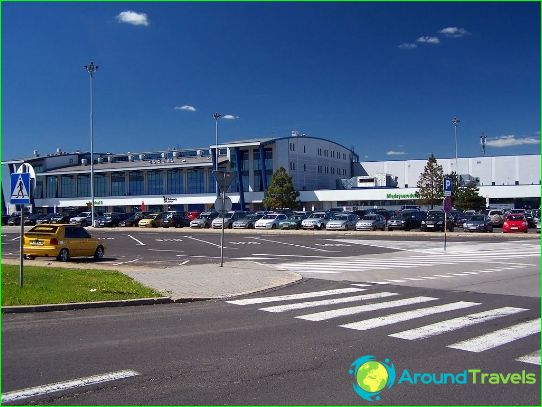 One of the largest airports in terms of passenger traffic in Poland serves the city of Katowice. The airport is located in Pyrzowice, about 30 kilometers from the city of Katowice. More than 2.5 million passengers are served here annually. From here, for the most part, flights depart to cities in Europe, but there are also regular routes to cities in Asia and Africa. About 30 airlines cooperate with the airport, among which are Ryanair, Tunisair, Wizz air, Lufthansa, etc..
The airfield has one runway, its length is 2800 meters.

The airport in Katowice begins its history in the 40s of the last century. At that time, it was used by the German military. After World War II, soldiers of the Soviet army were stationed at the airport, and in 1951 the airport was transferred to the Polish Air Force..
The first civil flights from the airport in Katowice began in the fall of 1966. The first flights were carried out to Warsaw. And the first international flight was operated by Lufthansa to Frankfurt in 1993.
In 2007, a new passenger terminal was put into operation. In the future, it is planned to build a third terminal and an additional runway, as well as lengthen the existing.

How to get there

From the airport to the city of Katowice, as well as other nearby settlements, you can get by bus. There are different routes and buses run regularly to the city center. Buses No. 83, 53 and 17 will take passengers to the city of Bytom and Mezhenchits.
In addition, tourists can always use the services of a taxi, which, for a higher fee, will take them to any point in the city..