Home › Articles about Poland › Holidays in Poland are traditions. National holidays of Poland

Holidays in Poland are traditions. National holidays of Poland

Articles about Poland
by Audrey 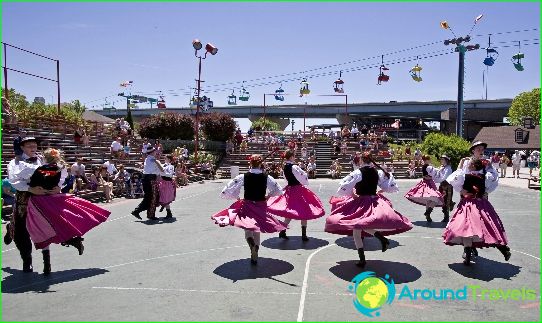 Holidays in Poland are a huge number of significant events, and most of these days are not weekends, but, nevertheless, Poles love them no less (the days of the Mother, Child, Grandmother, Grandfather, Andrzejka are popularly loved holidays).

For fans of event tourism, Poland has prepared many pleasant surprises: in May, Jazz Festivals and the Polish Festival of Short Films are held here, in September - the Music Festival “Warsaw Autumn”, in August - Festival “Music in Old Krakow”, June-July - Mozart Festival.

So, if you wish, a travel agency can organize a tour to Poland for you, timed your trip to such an event as the Laikonik Festival. You will be able to watch how a rider in colorful clothes travels around Krakow on a wooden horse, accompanied by people dressed in national costumes, standard-bearers and musicians. The final stage of the procession is a dance performed by a rider to loud music on the Market Square.

And going to Wroclaw, you will be able to visit the Jazz Festival - here you can see performances by the stars of European and world jazz. It should be noted that soloists, groups and even choirs take part in the ongoing competition..

The Polish festive calendar contains many events, having come to which, you can feel the true spirit of the country, becoming closer to the people living here..