Home › Articles about Russia › Airport in Pechora: scheme, photo. How to get to Pechora airport

Airport in Pechora: scheme, photo. How to get to Pechora airport 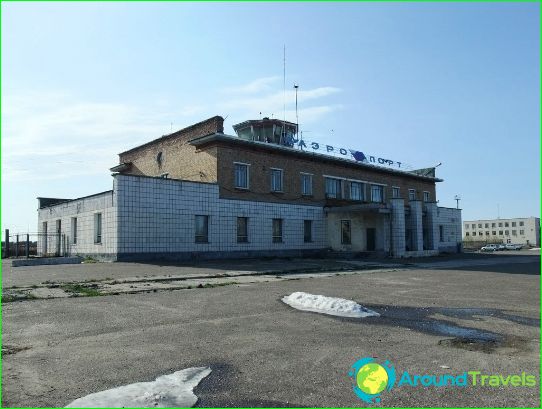 The airport in Pechora is the only airport in the capital of the Komi Republic. The landing strip of the airline, made of reinforced concrete, is capable of receiving small aircraft such as An-2, An-24, An-28, An-26, Yak-40, L-410, as well as helicopters of any type. Its length is 1.8 kilometers. The Russian airlines UTair and Komiaviatrans cooperate most closely with the airport, serving mainly local air traffic on the territory of Komi..

The beginning of the creation of the airport in Pechora falls on March 1952. When a land plot of 102 hectares was allocated for the construction of the airfield at the Base of the Kaninsky forestry. In the same year, the first Li-2 aircraft landed on the unpaved airfield in Pechora, which opened the first air communication Syktyvkar - Ukhta - Pechora.
And in 1956 the airfield was relocated from the Kaninsky forestry enterprise to Pechora. At the same time, the fleet of aircraft began to expand rapidly, to the small-type aircraft Il-14, An-24, An-12, helicopters Mi-4, Mi-6, Mi-8 were added. (A monumental monument is erected to the latter on the square in front of the airport). The geography of flights gradually expanded.
Today the airport serves local air traffic. From here there are regular flights on the route Pechora - Ust-Tsilma - Syktyvkar, Pechora - Naryan-Mar.

The small provincial airport in Pechora has everything you need to serve passengers. On the territory of the airport there are ticket offices, a room for a mother and child, a first-aid post, and a left-luggage office. Free parking is provided at the station square.
There are several hotels in the city for a comfortable stay. If time permits, you can, using public transport, admire the beauties of the local nature, learn the history of the region in the local history and local history museum, visit the Pechora Bogoroditsky Quick-To-Obedience Monastery or honor the memory of the dead prisoners of the Gulag in a chapel on the site of a former cemetery.

The airport is located in the river part of the city. City buses run here regularly and «Gazelles». In total, there are six PAZ-3205 buses operating in the city..
In addition, you can get to the city using the city taxi. Distances here are short, so you can get from one end of the city to the other in a matter of minutes..