Home › Articles about Russia › Airport in Magnitogorsk: scheme, photo. How to get to Magnitogorsk airport 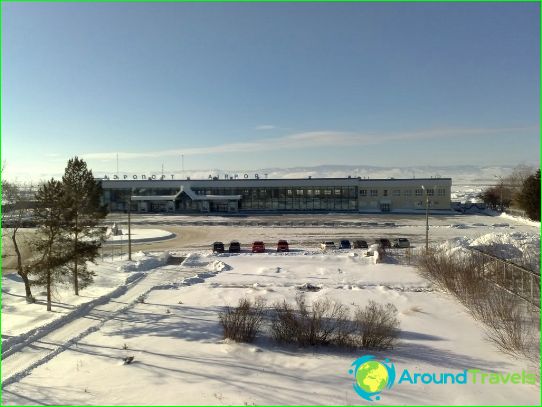 The airport in Magnitogorsk is located 14 kilometers from the city center, towards its western part, in the vicinity of the village of Davletovo, located practically on the territory of the Republic of Bashkortostan. The runway, 3.2 kilometers long, can accommodate almost all types of aircraft.
The main air carriers of the airport are the Russian airlines Rusline, Aeroflot, Ural Airlines, Ak Bars Aero, and others serving domestic flights of the country, as well as Nordwind Airlines, which operates air transportation to Antalya, Egypt and other popular tourist countries..

The first plane in Magnitogorsk landed in 1930 on a prepared landing site «Green field». And the first civil transportation began in 1933. The airport then consisted of a landing site, one U-2 aircraft and five employees.
Gradually expanding and updating the fleet of aircraft, by the beginning of the 60s, the enterprise carried out air transportation to Mineralnye Vody, Aktyubinsk and Moscow.
In 1965, the airport in Magnitogorsk was relocated to a new location. At the beginning of 1970, the building of the new terminal was built. The runway was reconstructed, the geography of flights was significantly expanded. In 1999, the airport received international status.
Today the airport carries out air transportation in more than ten directions, including foreign tourist countries..

There are two waiting rooms on the territory of the terminal - a regular and an extra comfortable one for vip passengers, a room for a mother and a child with a changing table, a luggage room. There is also a hotel with cozy rooms, ATMs, a currency exchange office, a Rospechat kiosk, and an Internet cafe. Paid parking is provided at the station square, the cost of parking is 170 rudders per day. Round-the-clock airport security organized.

From the airport to Magnitogorsk, the movement of city buses No. 104 and No. 142 has been established, the routes of which pass through the city center. On the same route, a minibus of the type «Gazelle» No. 112. In addition, some hotels provide free transfers for holidaymakers..
Guests of the city are offered their services by city taxis, which can be ordered by phone or at the parking lot of the station square..