Articles about Novosibirsk
by Audrey 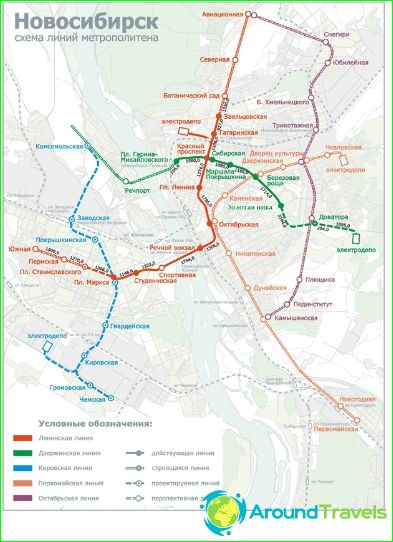 The metro in Novosibirsk began its work on December 28, 1985. This is the fourth metro in Russia, and at the same time the only one in its Asian part. Novosibirsk metro ranks third in Russia in terms of passenger traffic.
The first mention of the metro in Novosibirsk appeared in one of the master plans for the city's development from 1954. After 8 years, the issue was raised again - Novosibirsk became a city with a million inhabitants. This meant that the city could lay claim to the construction of its own subway. But the order to develop a metro project was received by specialized organizations only in 1968. The plan was ready and approved in 1970. However, in 1974 it was revised again, and finally approved only in 1978. The construction, which lasted 6 years, began in May 1979. On December 28, 1985, the Novosibirsk metro was accepted by the state commission, and the first passenger traffic began on Christmas 1986.
Currently, the Novosibirsk metro consists of 2 lines and 13 stations. The total length of the tracks is a little less than 16 km. By March 2012, the Novosibirsk metro system had transported over 2 billion passengers. Average number of passengers - about 90 million passengers per year

Payment for travel in the Novosibirsk metro