Articles about Penza
by Audrey 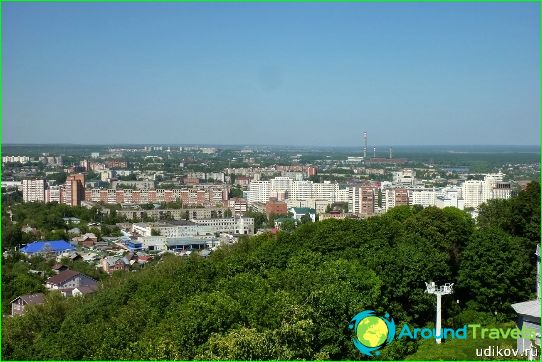 Penza is a city with a rich historical and literary past. In the 19th century. he was often called «New Athens», since it was in this city that almost all noblemen known in Russia had their estates. What attracted them so much to this city, located on the banks of the Sura and Penza. The city is very green; the forest can be reached from every corner of it literally within a quarter of an hour. It is also called the city, which is located on seven hills. And this is actually the case. The panorama of the city is superbly opened from the Ferris wheel in V. Belinsky's park, so you can see for yourself the veracity of this name. Excursions in Penza for tourists and visitors are organized in large numbers, so that visitors can get to know the city in as much detail as possible. You can go on excursions to temples and churches, see historical buildings such as the Myasnoy Passage, visit the Philharmonic or the theater, view the expositions of numerous museums.

What to see first in Penza?

The fate of more than 300 writers is associated with the Penza region. Poet N. Ogarev served in the provincial chancellery, and Saltykov-Shchedrin in the Penza Treasury Chamber, P. Vyazemsky and D. Davydov often visited the Noble Assembly, V. Mayakovsky visited this city more than once and performed with his poems. It was here that the family estate of M.Yu. Lermontov's grandmother was located. It is now a nature reserve «Tarkhany», where in July an all-Russian holiday dedicated to the poet takes place. Lermontov's ashes, transferred from Pyatigorsk at the insistence of his grandmother in 1842, also rest here..

The family estate of the Radishchevs was located in the village of Verkhnee Ablyazovo. The first years of his life, the future writer lived here, and came here after his Siberian exile. Now a museum is open here. Alexander Kuprin is also from the Penza province. A house-museum named after him was opened in Narovchat and a monument to a famous fellow countryman was erected. Nikolai Leskov, Ivan Krylov, Anatoly Mariengof and many others also lived in the Penza province. other.

In these places, the memory of their famous countrymen is honored, many monuments have been erected to them, streets and squares are named after them. Therefore, if you make sightseeing tours in Penza, you can learn a lot of the unknown from the history of this city..

If you are traveling with children, then you should definitely visit:

It is worth visiting near the light and music fountain, listening to how the cuckoo clock on the central street of Moskovskaya is beating the time. The historical monuments of the city include residential buildings along this street, which were built in the century before last, as well as the Monument to the Pioneer Settlement, a defensive rampart.

In 2015, this city will celebrate its 350th anniversary, and therefore they are preparing for this holiday in advance, and many excursions provide for acquaintance with various exhibitions, expositions, attending events that are held for the anniversary.

Photos of excursions in Penza