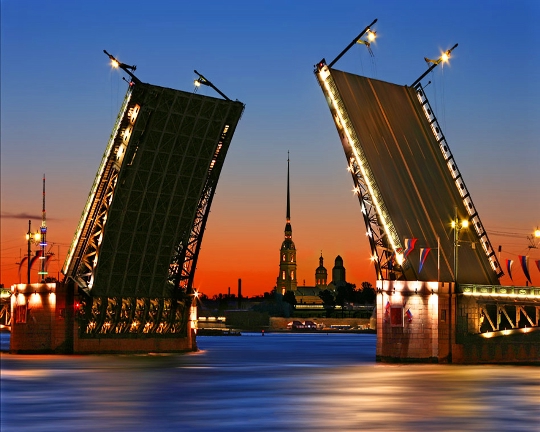 Every Russian citizen knows about the sights of the northern capital. The vast majority of travelers tend to visit here, especially since the season in St. Petersburg is a very conditional concept, and the city is beautiful at any time of the year..

The climate of St. Petersburg can be called both temperate continental and temperate maritime. It is due to the location of the city on the geographical map and the peculiarities of air circulation, which are caused by a small amount of heat entering the atmosphere. The influx of solar radiation at the latitude of St. Petersburg is much less than in the southern regions, and therefore cloudy weather and diffused lighting are characteristic absolutely for all seasons.
Late autumn is perhaps the least pleasant season in St. Petersburg. At this time of the year, daylight hours are very short and do not exceed 6-7 hours, and the air temperature does not rise above +2 degrees. If we add here high humidity and strong chilly winds, then walks around the city on the Neva will not seem comfortable even for the most hardy tourists..
The end of summer and September, on the contrary, are quite suitable for a trip to St. Petersburg. These days it is warm in the city, and the thermometer readings are kept at around +20 degrees. In fairness, it should be noted that August is a rather rainy month, but precipitation at this time does not bring any particular problems, since warm weather instantly eliminates their consequences..

The most amazing and wonderful season in St. Petersburg is the time of white nights, which begins in the city on the 20th of May. This period is characterized by a long day, allowing the evening twilight to flow smoothly into the morning dawn. The reason for this phenomenon is the special angle at which the Sun falls below the horizon..
The White Nights period lasts until mid-July, and during this time the city hosts many events and folk festivals. The time of the white nights opens with the celebration of the City Day. At the end of June, graduates of St. Petersburg schools participate in the festival «Scarlet Sails». Musicians hold a jazz jam «White Night Swing», and the athletes organize an international badminton tournament.

A great reason to see the northern capital of Russia is the New Year holidays. On these days, the city hosts numerous Christmas trees for children and performances and concerts for adult guests. St. Petersburg is becoming like a bright holiday postcard. Its squares and streets are illuminated, and luxuriously decorated Christmas trees create a wonderful mood for everyone who came to the city of Petra..