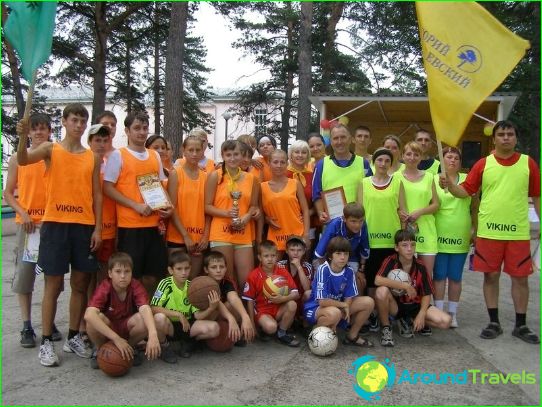 Novokuznetsk is the oldest and largest city in the Kemerovo region. It is located in the southern part of Western Siberia, in the south of the Kuznetsk coal basin, occupying both banks of the Tom River. Today Novokuznetsk is the most important transport, economic and cultural center of Siberia. The most powerful enterprises of the coal industry in Russia are concentrated here. Therefore, the ecological situation in the city is unfavorable..

Which camp to send the child to

The best and most popular children's camps in Novokuznetsk are located outside the city limits, far from hazardous industries. The city is influenced by a harsh continental climate. Significant daily and annual temperature drops are observed here. Summer in Novokuznetsk is warm and humid. However, summer does not last long - it is short, shorter than the calendar summer by 10 days..

The city is known for its polluted atmosphere. Experts identify in the environment the excess of hazardous substances for humans, including nitrogen dioxide, formaldehyde, benzopyrene, hydrogen fluoride. The air in Novokuznetsk is dusty and dirty. Children's health centers and sanatoriums are located in more favorable areas, beyond Novokuznetsk. The Kemerovo region is full of ecologically clean places, next to rivers and forests, which have a rich health potential.

Residents of Novokuznetsk prefer to buy vouchers to suburban children's camps. There are school camps with a day stay in the city. They offer children organized leisure activities until the end of June. Then you can purchase a ticket to a health camp in the Kemerovo region. Rest outside Novokuznetsk is an opportunity to get acquainted with the sights of the region and go hiking in the mountains. The area provides many opportunities for fans of outdoor activities. Many health centers and camps are located in green areas near Novokuznetsk. Excellent children's camps are open in villages such as Ashmarino, Slavino, the village of Esaulovka, etc..

Organization of children's camps in Novokuznetsk

Educators, teachers and counselors working in the camps do everything possible to make children's rest informative, exciting and health-improving. Children's camps in Novokuznetsk, involving a day stay, are created with the aim of improving the health, recreation and development of children at the place of residence. These are traditional camps, which open annually in every school. They function during the summer and winter holidays. They have sports, sanatorium, health and specialized teams.

Photos of children's camps in Novokuznetsk