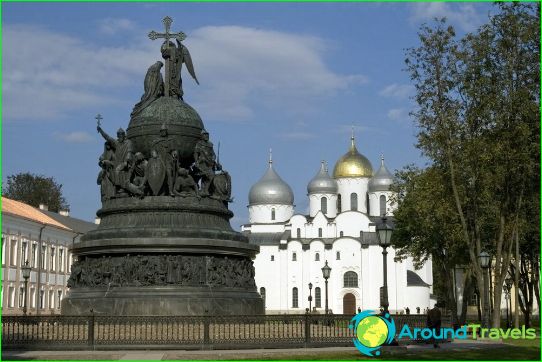 Veliky Novgorod attracts tourists with its antiquity, because it used to be a center of trade and crafts, and now it has turned into a city-museum, known not only in Russia, but also in the world. Novgorod surprises with the uniqueness of its attractions; there are more than 50 monuments from the time of Ancient Rus. Excursions in Veliky Novgorod allow you to plunge into the old days and learn the history of the great city. Many secrets and tragic stories are kept within the walls of Novgorod houses, monasteries and temples..

Immerse yourself in the history of the city

The first buildings on the site of the modern city appeared in the middle of the 9th century. Over time, the city expanded and became a center of international trade connecting northern Europe and Asia. The mention of Veliky Novgorod is found in «Tales of bygone years» 859 years old. According to legend, it was in Novgorod that the pagan god Perun was thrown into the river. The inhabitants of the city were significantly different from others - instead of bast shoes and broken roads, they had leather boots and cobbled streets.

In Veliky Novgorod, any season has its own peculiarity, therefore it is open to the public all year round. It is very easy and convenient to get to know the city with its splendor and grandeur during excursions..

Photos of excursions in Veliky Novgorod