Holidays in Tunisia in December 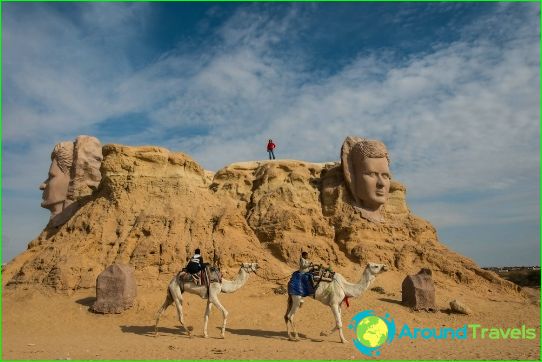 The inhabitants of Tunisia are unfamiliar with real winter, because December reminds «equator» autumn in Russia. However, people are not used to such temperatures, which is why they wear hats, scarves and down jackets. A light jacket is enough for tourists..

Weather in Tunisia in December

In December, the average temperature drops by 3-4 degrees, compared to November. In northeastern Tunisia, the temperature is + 6C (at night) and + 10C (during the day). In the eastern resorts, namely in Port el-Kantaoui, Monastir, Mahdia, Hammamet, Sousse, the temperature ranges from + 10C to + 17C.

The highest temperatures are recorded in Djerba, located in the southern part of Tunisia. Here the temperature is + 11-18C. There may be as few as four rainy days in December. However, in the capital there are 11 rainy days, and in Tabarka - 13. In the capital and Tabarka, the rains are more intense, because there are majestic mountains that trap humid air masses. Showers can go on for several hours in a row. You should prepare for the fact that in the evening the air humidity rises, as a result of which the cold is felt stronger. Tunisia experiences gusty northerly winds and dust storms in December.

Holidays and festivals in Tunisia

Holidays in Tunisia in December will delight you with bright holidays and festivals. New Year is celebrated on a grand scale. People have fun on city streets and arrange bright fireworks.

The Festival of Oases is held in Torez for four days. This holiday is timed to coincide with the date harvest. During the festival you can see camel racing, knife throwing competitions. In addition, exhibitions of paintings and handicrafts are held. After Torez, the festival moves to Douz.

The Sahara Douz Festival takes place at the end of December. During it, you can get to know the life and traditions of the Berbers better. Nomads will ride camels and horses, throw up their guns and try to catch them, dance. Berbers even picture their national wedding for tourists. The purpose of these events is to strive to acquaint people with the peculiarities of their culture. This festival is held in Douz, which is an oasis in southern Tunisia. Each event of the festival is absolutely free.

A trip to Tunisia in December is an opportunity to better understand the Berber culture and, of course, to see the most famous sights of the country..

Photos of rest in Tunisia