Home › Articles about Tunisia › Shops in Tunisia. Shopping centers and markets in Tunisia 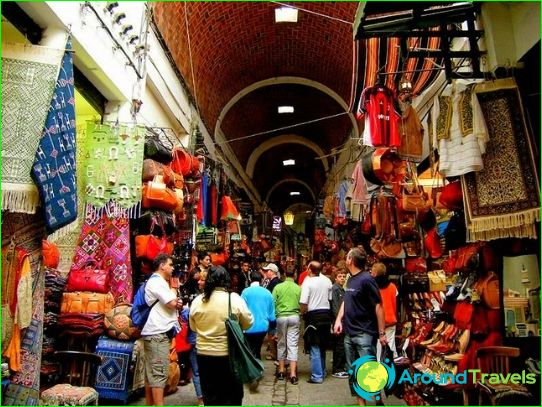 Tunisia is the name of both the country in the north of Africa and its capital. To attract guests, Tunisia skillfully uses its advantages - white sand beaches, the amazing Sahara Desert, the remains of buildings from the times of the Roman Empire and the cultural heritage of Arab traditions..

Tunisia has sought to compete with Turkey for holidaymakers in recent years. But when it comes to shopping, the country lags behind its competitor..

Every hotel has its own shops with the most demanded goods. However, the prices in them do not differ in adequacy and you will not get any special emotions from shopping in the hotel stores. It is much more pleasant to walk along the shopping streets of the city.