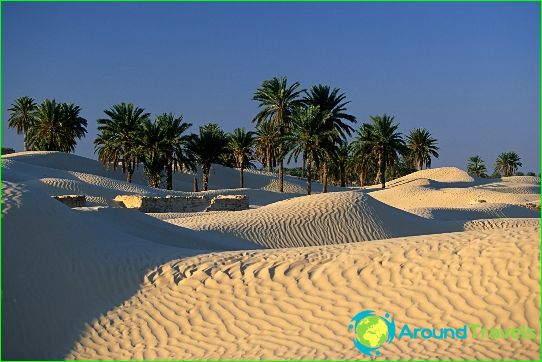 The capital of the state of Tunisia is located in the very north of the country on the Mediterranean coast. Due to its proximity, the climate in the city is much more comfortable for travel than in the southern regions of the country. When booking tours to Tunisia, it is worth considering the time of year for the intended trip. In summer, thermometers here often show +30 and even higher.

The main architectural and historical attraction in these parts is the ancient city of Carthage, founded by Queen Dido in the 9th century BC. A beautiful legend says that the queen, having received permission to buy as much land as the skin of an ox could cover, cut it into thin straps and girded a whole mountain. This is how Carthage arose, which became by the beginning of the 3rd century BC. largest state in the western Mediterranean.
Having existed for eight centuries, the city lost an important political influence and died out. Today's tours to Tunisia allow you to enjoy the former splendor and touch the ruins of the once important political and cultural center of the ancient world.