Articles about the UK
by Alexis 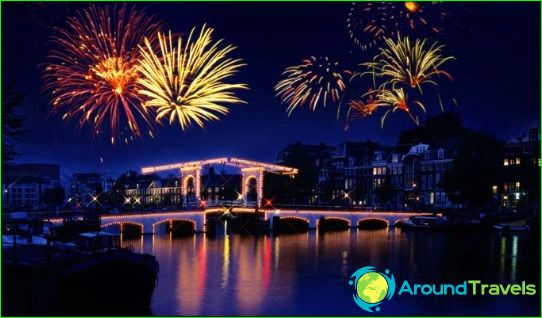 The Principality of Wales, as one of the parts of Great Britain is formally called, has a long tradition of holding winter holidays. The northerners prefer Christmas, and it is its celebration here that is put on a grand scale. For those who are going to celebrate the New Year in Wales, it is best to book a hotel in one of its southern cities..

The main and unshakable tradition, which is already several centuries old, is to open the entrance doors to the house at exactly midnight. So the hosts «release» old year and give a chance to a new one to enter the house. The feast is preceded by preparatory events, a considerable part of which is devoted to decorating streets and interiors.
During the Christmas weeks, Welsh houses sparkle with a multitude of candlelight and the scent of holly branches, a traditional New Year's plant. Socks are hung over the fireplaces, in which Santa prudently lays out gifts, and New Year's Eve is accompanied by the crackling of logs in the hearth.
The festive table on New Years in Wales is bursting literally and figuratively. According to Welsh traditions, the more abundant the festive meal, the more blessed the coming year will be. The Welsh menu includes puddings and apples with honey baked in dough, curly tortillas, meat stews and home-made aromatic alcoholic drinks.