Articles about Odessa
by Ashley 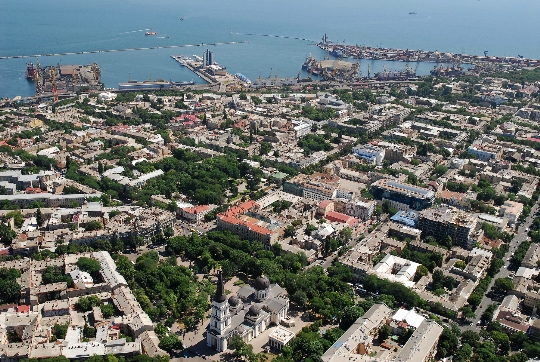 The history of Odessa began in 1784, so the city is considered quite young. It contains a large number of attractions and famous places. The central streets of Odessa are distinguished by low-rise buildings. There are only a few new buildings here, which cause a lot of controversy over their need. Most of the buildings in Odessa were built before the revolution. There are also houses from the Stalinist and Brezhnev era. Away from the center are the sleeping areas, which were formed in the 80s of the last century..

Each street of this city has a unique flavor. The most famous Odessa street is Deribasovskaya. It got its name from the surname of the Russian admiral Jose de Ribas. During the reign of Catherine II, he was the main trustee of Odessa. Deribasovskaya is currently a pedestrian street, which is popular with guests and residents of the city. All kinds of mass events, festivals and holidays are held here. Deribasovskaya is notable for its beautiful architecture. The pavement is covered with cobblestones, and along the street there are a large number of restaurants, shops and cafes.

Rishelievskaya Street is located in the historic district. Previously, it was considered a respectable place and a visiting card of the city. The first representative offices, trading offices and apartment buildings appeared here. Today there are expensive shops and restaurants on Richelievskaya. The street is still attractive to people.

The famous Odessa street - Pushkinskaya, goes to the railway station. It is covered with cobblestones, and the plane trees growing along the edges form a picturesque tunnel above its center. Pushkinskaya is conventionally divided into two parts. The beginning of the street is decorated with mansions that used to belong to wealthy people. Its second half is occupied by simple low-rise buildings..

What streets to see

Many architectural monuments can be seen on Lanzheronovskaya. This street was named after A. Lanzheron in 1817. There are very few trees on it, but there are interesting objects and museums.

One of the central streets of Odessa is Primorsky Boulevard. This place is great for walking. On the boulevard there is a monument to Pushkin, Potemkin Stairs, Vorontsov Palace, a monument to the Duke of Richelieu and other attractions. A beautiful view of the Marine Station and the coast opens from here. Primorsky Boulevard is notable for its short length. It takes no more than half a kilometer.

Bolshaya and Malaya Arnautsky streets have a rich history. They appeared at the beginning of the 19th century, during the existence of the Arnautskaya Slobodka.