Articles about Tashkent
by Amber 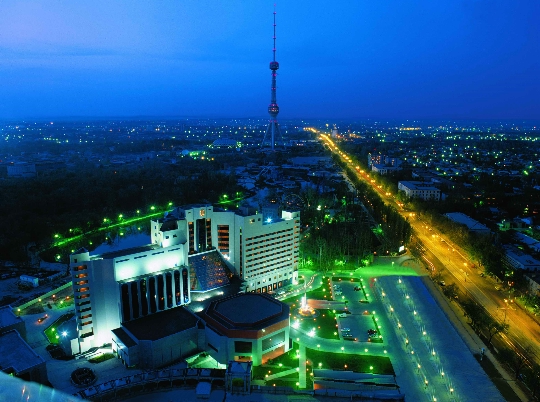 Tashkent is located on the border of Central Asia and Europe. Previously, this city was not considered large and was inferior in importance to Bukhara and Samarkand. The main streets of Tashkent are distinguished by their venerable age.

Interesting objects of the city

Scientists have discovered several archaeological structures on the territory of Tashkent, which are of great importance from the point of view of history. For example, the underground cell of the Zayn ad-Din mausoleum dates back to the 12th century. The most important architectural monument - the historical complex Sheikhantaur - stands out in the old part of the city. Most of the sights of Tashkent were created in the 16th century. Interesting objects are the buildings of the new city, built at the end of the 19th century. They previously housed public institutions. Many buildings that have survived redevelopment and reconstruction are concentrated in Tashkent..

Until 1865 it was considered the trade center of Turkestan. The territory of the city was built up with adobe buildings of 1-2 floors. Tashkent had an intricate street and irrigation network. The townspeople actively used irrigation ditches (canals). From there they took water for drinking and household needs..

In Tashkent, 4 daha (districts) were allocated, with their own khakim (head) in each. The central bazaar was considered the city center. The main squares were located around: Eski-zhuva, Khadra, Chorsu. In those years, there were practically no tall buildings in Tashkent. There were very few original architectural objects. In this respect, Tashkent lost to such cities as Bukhara and Samarkand. It could not be considered the capital of state education.

Tourists are advised to visit Pushkinskaya Street, located in the center. The main historical events of the city are connected with this street. It is decorated with houses built before the revolution. The main attractions include Independence Square. It is considered a symbol of Tashkent. It is here that national holidays are held. There are green alleys and beautiful fountains on the huge square..

Currently, eleven districts are distinguished in the city: Mirabad, Sergeli, Bektemir, etc. In recent years, the names of many streets have changed, which is associated with the revival of interest in the national culture of Uzbekistan. There is a subway in Tashkent, with the help of which you can quickly get to the desired street.

Photos of the streets of Tashkent